Manchester United have four strikers in their sights after Ole Gunnar Solskjaer instructed club officials to land one of the quartet as soon as possible in the summer transfer window. 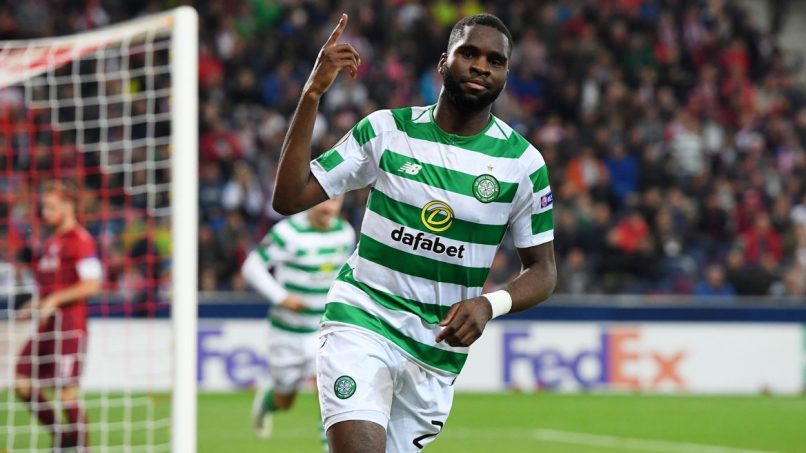 United are yet to adequately replace Romelu Lukaku following the Belgian’s move to Inter Milan last summer, but did bring in Odion Ighalo on a temporary deal from Shanghai Shenhua after missing out to Borussia Dortmund for Erling Haaland.

The near-miss of Haaland looks a painful one for United as the Norwegian teenager made an explosive start to life at the Westfallonstadion and is, according to a report, the chief reason why Solskjaer wants to ensure United do not suffer the same fate twice.

As such, the Evening Standard claims Solskjaer has handed the club the names of four striker options he would like to see brought to the club this summer.

And Le 10 Sport suggest the man at the top of Solskjaer’s wanted list is Lyon’s Moussa Dembele.

According to reports, the former Celtic frontman tops United’s wish-list due, in the main, to his track record of having already scored goals on a regular basis in the UK following his time at both Parkhead and, prior to that, Fulham.

Lyon are likely to demand a fee in the region of €60m for Dembele, with the 23-year-old’s record of having 28 goals and six assists in 57 games, catching the eye.

Read Also:Europa fallout: Ole promises to give the players enough time to get themselves together

Furthermore, it’s reported that United also hold an interest in Celtic striker Odsonne Edouard, who has proven a regular contributor of goals during his time in Scotland, and is reported to be rated in the €40m bracket.