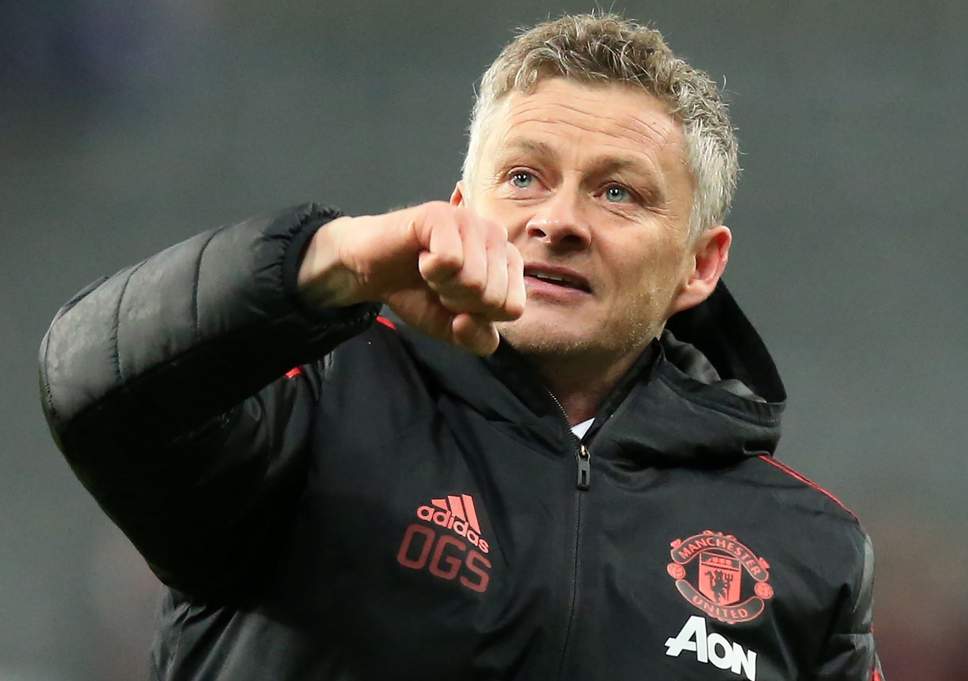 It saw him emulate an achievement set by the club’s most legendary figure.

Matt Busby was the only other Manchester United manager to win his first four games in charge, way back in 1946.

But the Norwegian, who has breathed fresh life into the team since Jose Mourinho’s sacking, demonstrated his fresh-faced Midas touch again.

His second half introduction of Romelu Lukaku saw the Belgian score within 38 seconds.

When Marcus Rashford slotted home the second, it meant Manchester United have now scored 14 goals and earned maximum points from their four matches under Solskjaer.

“You’d be happy with four wins from four — and finally we kept a clean sheet too,” said a delighted Solskjaer.

“We were slow in the first half but we controlled the game well. We concentrated and overall it was a very professional performance.”

While sixth-placed Manchester United were celebrating the start of what promises to be a happier new year, Chelsea, trying to pursue the top three sides, suffered a frustrating start.

They were held to a goalless draw at home by Southampton.

Chelsea had hoped to cap a big day after earlier announcing the signing of Christian Pulisic.

He will join them next season from Borussia Dortmund for 64 million euros ($73.2 million), making him the most expensive U.S. player of all time.

Instead, the Blues were held by Ralph Hasenhuettl’s stubborn Saints.

They could only move on to 44 points in fourth place, three behind Manchester City, four behind Tottenham Hotspur and now 10 behind leaders Liverpool.

Unbeaten Liverpool will face champions Man City in what has all the feel of a pivotal top-of-the-table clash on Thursday.

At the other end of the table, there was more misery for bottom club Huddersfield Town.

After taking the lead at home to Burnley through Steve Mounie’s first goal since April, they tumbled to a 2-1 defeat with 10 men.

It meant an all-time club record of eight straight defeats as Christopher Schindler got sent off just before halftime.

Burnley, who equalised through Chris Wood, came from behind to win with a second-half Ashley Barnes goal.

The loss left the Terriers eight points from safety on 10 points — four adrift of 19th-placed Fulham — while Burnley burst out the bottom three into 16th on 18 points.

Southampton’s heroics at Stamford Bridge could not stop them plummeting to 18th on 16 points.

Wolverhampton Wanderers’ hopes of soaring as high as seventh plummeted at Molineux on an off-night.

Crystal Palace won 2-0 with two late goals from Jordan Ayew — his first for the club — and Luka Milivojevic.

On a night full of flat New Year performances, it was all rather different at the aptly-named Vitality Stadium.

Bournemouth drew 3-3 with Watford, with all six goals coming in the first half, including five in the space of 13 mad minutes.

West Ham United had Marko Arnautovic’s three-minute double in the second half to thank.

They came from 2-0 down at the London Stadium against Brighton & Hove Albion to secure a 2-2 draw.

Mikel still keeping Rohr in the dark over Eagles return