Super Eagles left back Jamilu Collins who has just returned to training with the Nigerian team will not take part in the 2019 Africa Cup of Nations’ quarter-final match between his team the Eagles and South Africa while right back Shehu Abdullahi won’t take part too. 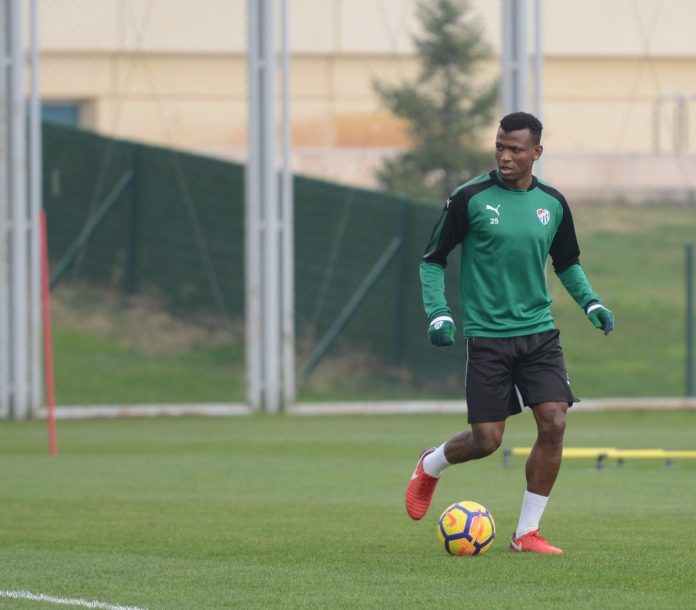 Abdullahi who got injured during the Super Eagles’ Group B first match against Burundi, if care is not taken may join the team captain John Mikel Obi who has been ruled out of the same competition also due to knee injury he coped in Eagles last group match against Madagascar.
But injured Eagles left back Jamilu Collins who returned to training a day before Nigeria versus Caneroun match won’t be able to play against South Africa because of fitness issues SportingLife.ng learned from a competent source close to the team.
A competent source in the Eagles camp in Egypt disclosed  that “Collins has been ruled out of this Eagles’ AFCON quarter-final match against South Africa coming up on Wednesday. The team doctor has advised that he should be given more time to gain full fitness and Coach Rohr had said that he will only parade 100 per cent fit players against the very fit South Africans.

Read Also:Rohr to start Collins against Cameroon, Abdullahi trains
“According to camp situations, I think team Captain Mikel Obi may not participate in the tournament again. It is also a very slim chance for Eagles right back Shehu Abdullahi to continue to play in this tournament. I don’t think Mikel and Abdullahi can recover from their injuries well on time to still participate in this competition. Coach Rohr had already resigned to faith as regards the injury situations”, the source further revealed to  SportingLife.ng.