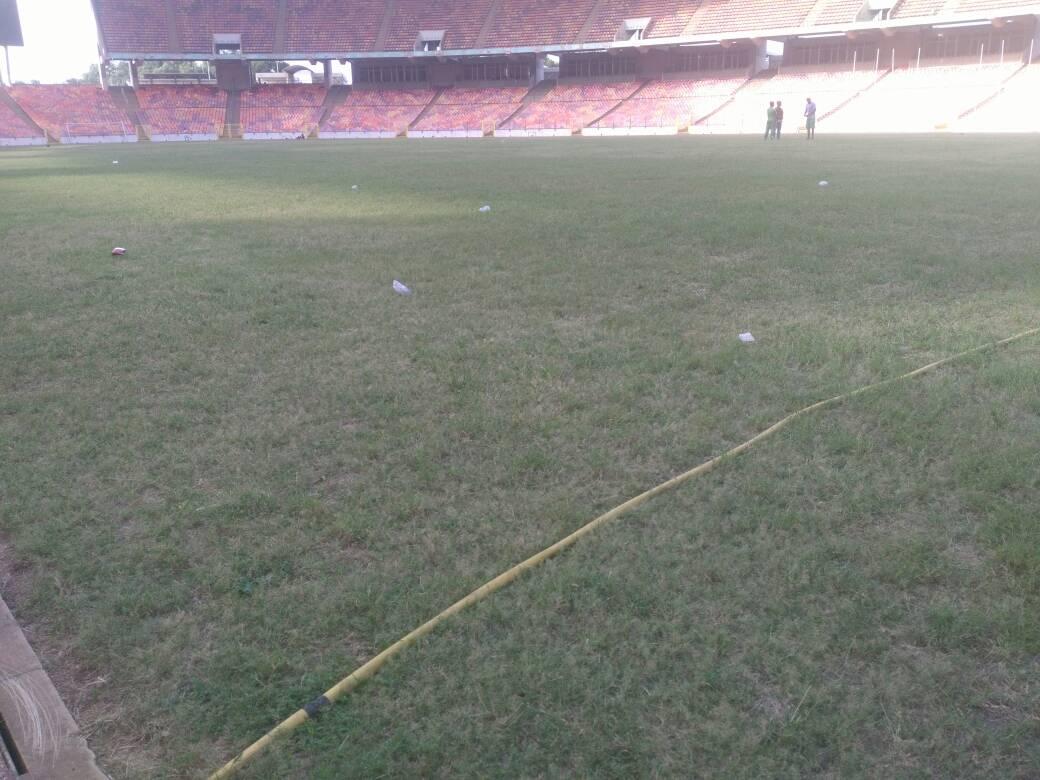 Reacting to the development, some football enthusiasts as well as fans  commended Buhari for honouring MKO Abiola, even as others lamented the present state of the Abuja National Stadium.

Godwin Bamigboye, the Chairman, FCT Football Coaches Association said the renaming of the National Stadium after MKO Abiola was a welcome development, adding that it was well deserving for a man who contribited immensely to the growth of sports.

“MKO was a man who contributed immensely to the growth and development of sports in the country, so renaming the stadium after him was definitely not out of place.

“We all know that sports, especially football is a unifying instrument and that was what Abiola stood for. He was a peaceful and fun-loving philanthropist who gave his life for the unity of the country,” he said.

Bamigboye however, lamented about the poor state of the stadium, saying that he was hopeful that the renaming of  the stadium after a prominent figure would bring about a change in the outlook of the stadium’s structure and facilities.

“The facilities at the stadium are nothing to write home about as they are dilapidated having been abandoned for a long time.

“The stadium cannot even host Super Eagles matches because of its terrible state. So I think the government of the day must ensure something drastic and urgent is done about it, especially to the turf at  the main bowl,” he said.

“These were the same people who almost killed Former president Goodluck Jonathan and protested heavily when he renamed Unilag after MKO.

“What’s the importance of Abuja stadium to sporting activities in Nigeria presently? When was the last time the stadium hosted the Super Eagles.

“It is better you do not name anything after him than that dead stadium,” he said.

“I really don’t have an issue with the renaming of the stadium after MKO Abiola but my candid opinion is that he (MKO) deserved so much more than that.

“We are talking of a man who literally gave his life and contributed immensely to the socio-political development, peace and unity of the country,” he said.

Some football fans also reacted on twitter following the renaming of the Abuja National Stadium.

David [email protected] said: “Just heard Buhari named Abuja stadium after MKO Abiola. Is it not the same abandoned stadium where cows are grazing, maybe this will make them give the necessary attention to the once magnificent stadium,” he tweeted.

Damilola Adekeye @Damocleansword said: “Renaming the Abuja Stadium after Abiola is good. Posthumously declaring him President-Elect and letting history reflect that would be much better.”

Audu [email protected] AY1 said , “Which would have been more appreciated The University of Lagos named after him or the Abandoned Abuja stadium.”

Kelechi [email protected] said: “So they want to finally useless and forget the mighty Moshood Abiola name by naming the Useless Abuja Stadium after him. When last did a national football match or event occurred here.?”

Farouk [email protected] sid: “Nice gesture to rename Abuja National Stadium after #MKOAbiola. But Pls can @MBuhari also make sure the Abuja Stadium is in proper shape. The Stadium cant even host Super Eagles matches because of its terrible state.” he tweeted.