Nigeria’s  squash player, Onaopemipo Adegoke is in a state of worry over unreleased visa by the Egypt’s embassy as he sets for the CIB Egyptian Tour 4 taking place in Cairo, Egypt this month.

The Lagos State squash player, Adegoke who is also a member of the Professional Squash Association (psa) body was invited for the tournament in Egypt and has yet been issued a visa by the embassy and will incur a penalty for withdrawing from the tournament. 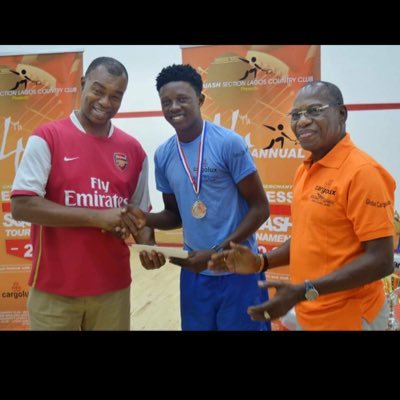 The tournament which is scheduled for February 24-28 2020 is a PSA Tour which is played yearlong and consists of singles knockout tournaments.

While on a telephone call with Adegoke, he said the same thing happened to him last year and doesn’t want such to happen again this year, also looks forward to playing in Egypt.

He said, “I entered for for the tournament i will love to go for but visa issues will get me unaware like South Africa last year. I went to the embassy then the next thing I heard was that they now book appointment before collections and the appointment date given to me is like next month which by then tournament is over.”

The teenage sensation rose to the number one ranking of the men’s category in September 2019 and has stepped up his game since then with bright hopes of staying at the top this year.

Saka compared to Giggs, Bergkamp and Scholes after Arsenal display

Bundesliga: Kamada out to break duck after Europa League hat-trick