Stoke City to assess Etebo in Germany ahead season opener

Stoke City manager Gary Rowett will have to wait until the team arrives Germany on Monday to assess Super Eagles midfielder Oghenekaro Etebo before the start of the English Championship season.

Etebo who missed Saturday’s friendly against Walsall, since he was yet to arrive England from Nigeria should be available for selection against Bochum, Hamburg and SK Meppen friendly matches during the team’s six day training tour in Germany. 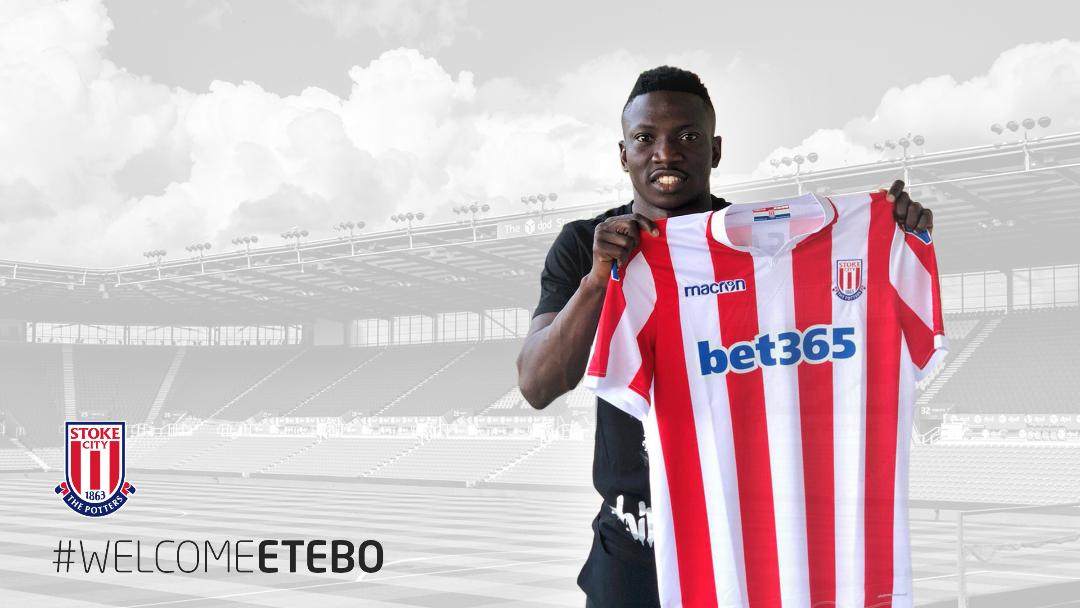 “The international lad were initially given three weeks off, but we have accelerated that a little bit because we would like them out in Germany with us,” Rowett told Stoke City FC official website.

The Eagles defender who was signed on the eve of the 2018 FIFA World Cup will be aiming to impress his new manager after posting a decent outing in Russia.

The Eagles midfielder joined the Championship side from Portuguese side CD Feirense in a deal worth around £6.25 million.

The Potters who were relegated last season from the English Premier League last season open their campaign against Leeds United on August 5.

England were no match for Belgium–Southgate

Video: Nigerians who were scammed in Russia sleeping outside the Nigerian Embassy