By Segun Balogun On Oct 7, 2018 0
Leicester player Wilfred Ndidi has predicted a tough match against Chelsea

Super Eagles invitee, Isaac Success failed to rescue Watford who were thoroughly beaten by Bournemouth at the Vicarage Stadium on Saturday in an English Premier League fixture.

Goals from Joshua King, David Brooks and Callum Wilson inflicted one of Watford’s worst defeats and leave them with 13 points from eight matches but still ninth on the table.

The introduction of Success in the 55th minute for Andre Gray could not save the day for Watford.  The result has also left manager Javia Garcia disappointed for the first time this season  .

“It was the first game where we haven’t competed at the same level as other games,” said the Watford manager after the game. 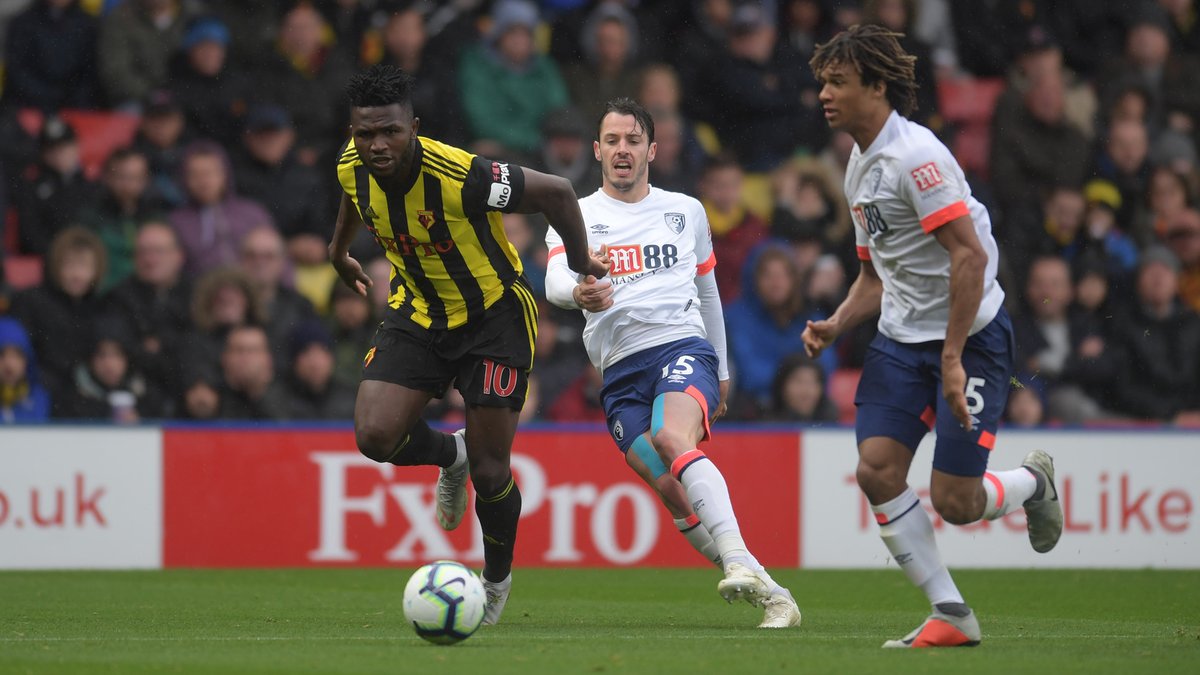 At the king Power Stadium Super Eagles duo Kelechi Iheanacho and Wilfred Ndidi ended up on the losing side with Leicester City in Saturday’s English Premier League fixture against Everton.

Everton took the lead through Brazilian forward, Richarlison in the 7th minute which was cancelled in the 40th minute by Ricardo Pereira who was set up by Iheanacho.

Iheanacho who was on till the 67th minute before being replaced by Marc Albrighton while Ndidi was on for the entire game.

Leicester City were reduced to 10 men in the 63rd minute when Wes Morgan was sent off for a second bookable offence.