Super Eagles of Nigeria captain Ahmed Musa showed his readiness for next Wednesday’s 2021 Africa Cup of Nations qualifier against the Squirrels of Benin Republic after his goals sent Saudi Arabia club, Al Nassr to the next round of the Kings Cup. 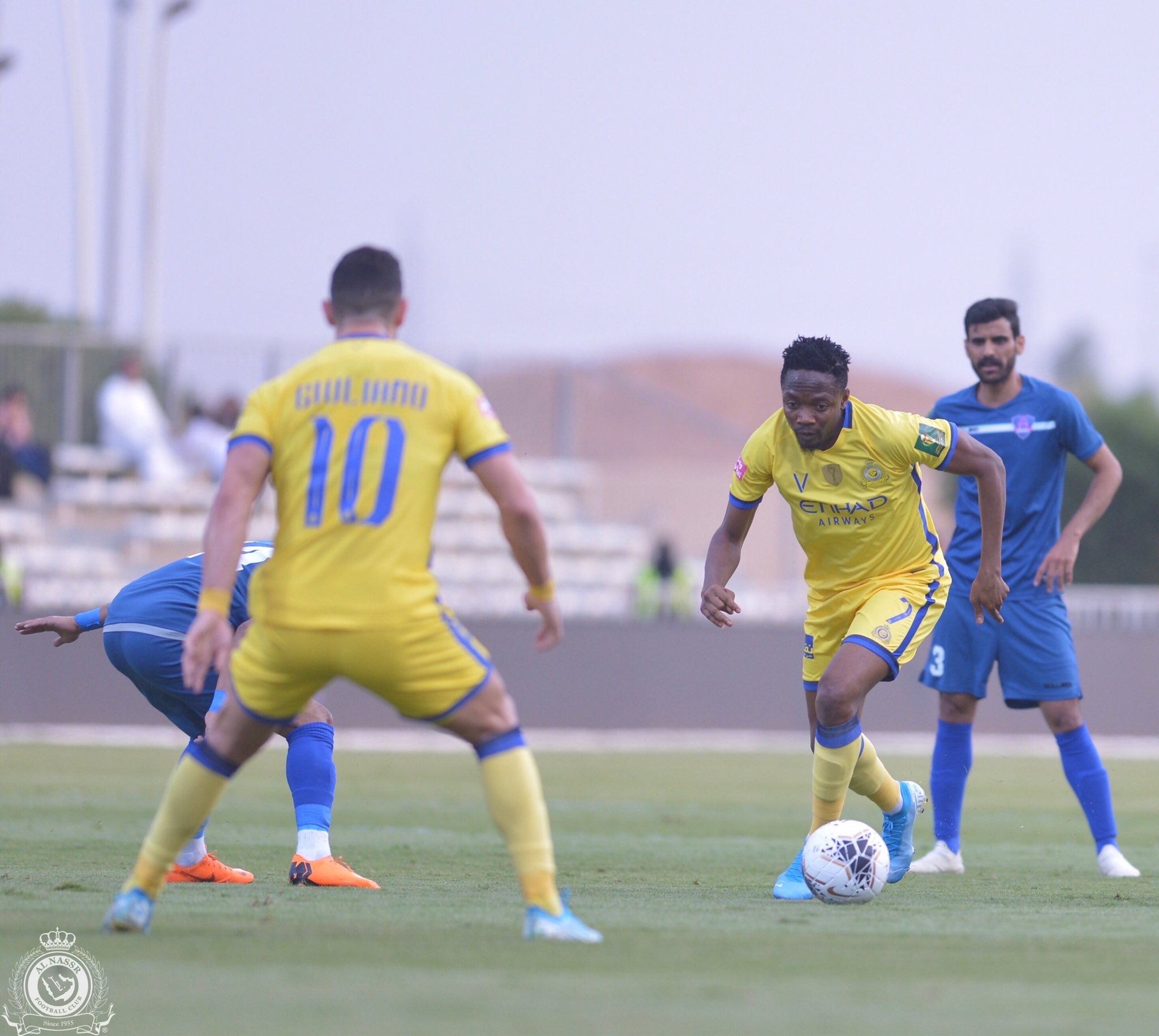 He will also be in action when the Eagles face the Crocodiles of Lesotho away after the Benin game.

The Nigeria scored a brace as Al Nassr overran Afif Club 5-1 in a Round of 62 fixture on Saturday at the Al Majma’ah Sports City Stadium.

The  captain who has missed Nigeria’s two friendly matches as a result of injury scored in the 23rd and 78th minutes of the encounter.

This is Musa’s second match for the Saudi club this season since returning from a knee injury.