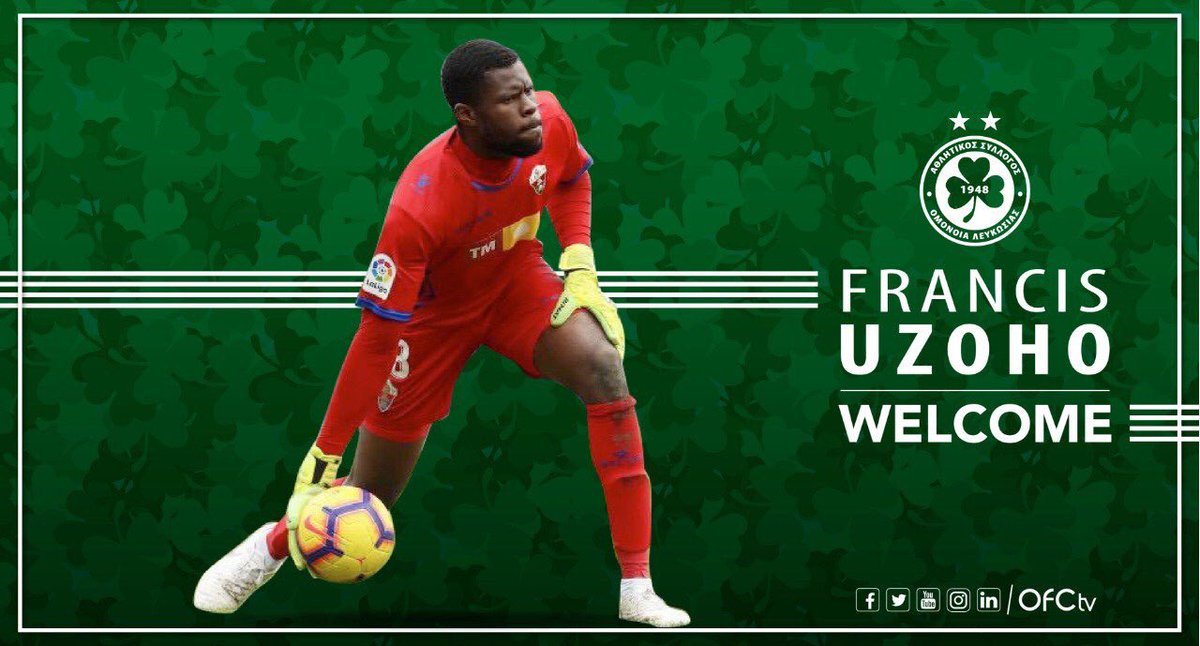 The deal was completed today for Uzoho who is presently on international duties with the Super Eagles in Egypt.

“The Real Club Deportivo, Omonoia FC and Francis have reached an agreement for the Nigerian international goalkeeper of the Dépor milite this season 2019-2020 ceded in the Cypriot club.

The Real Club Deportivo wants to wish Francis a lot of luck in his new professional project,” the club posted on Twitter.

Moving to another Cyprus club is the second for Uzoho after an unsuccessful loan spell with Anorthosis Famagusta last season.

With Famagusta, he was involved in a health certificate scandal and as result stayed away from the pitch until investigations were concluded by the authorities.

He burst into the limelight in November 2017 in a pre-world cup friendly against Argentina in Russia and was impressive in goal and became the first choice keeper going to the FIFA World Cup the following year.

However, lack of playing time has forced head coach, Gernot Rohr to demote Uzoho to the third choice in the team.