The Super Eagles of Nigeria are on their way to Yessentuki, Russia, after camping in Austria for three weeks, ahead of the 2018 FIFA World Cup.

Yessentuki is a city in Stavropol Krai, Russia, located at the base of the Caucasus Mountains.

The Super Eagles fell 1-0 to Czech Republic last week in a friendly match in Russia after which Coach Gernot Rohr admitted that more work needed to be done ahead of the World Cup. The team also received the delegation of Nigerian-born Bayern Munich striker, David Alaba in camp, during their stay in Austria. 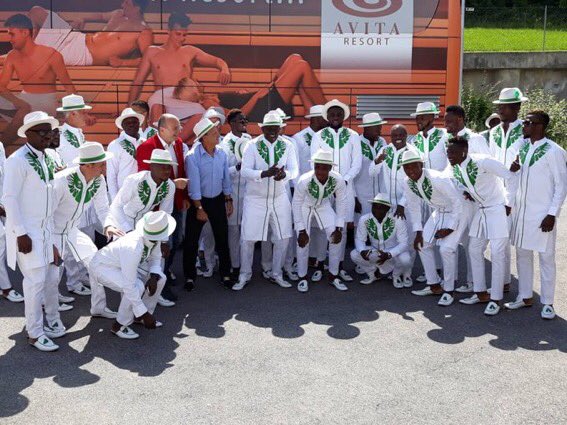 Left-back Elderson Echiejile tweeted shortly after the team’s departure: “Tell the World we are coming.”

For John Ogu, “After three weeks of Intense training , we off to Russia with full energy . May God lead us and give us the ability to function.”

Ahmed Musa simply announced on his handle that the Super Eagles were “off to Russia”.

Nigeria will face Croatia, Iceland and Argentina in the 2018 FIFA World Cup, with the first match against Croatia in Kaliningrad, on Saturday 16th June.