Why Super Eagles must be wary of ‘headmaster’ Mandzukic 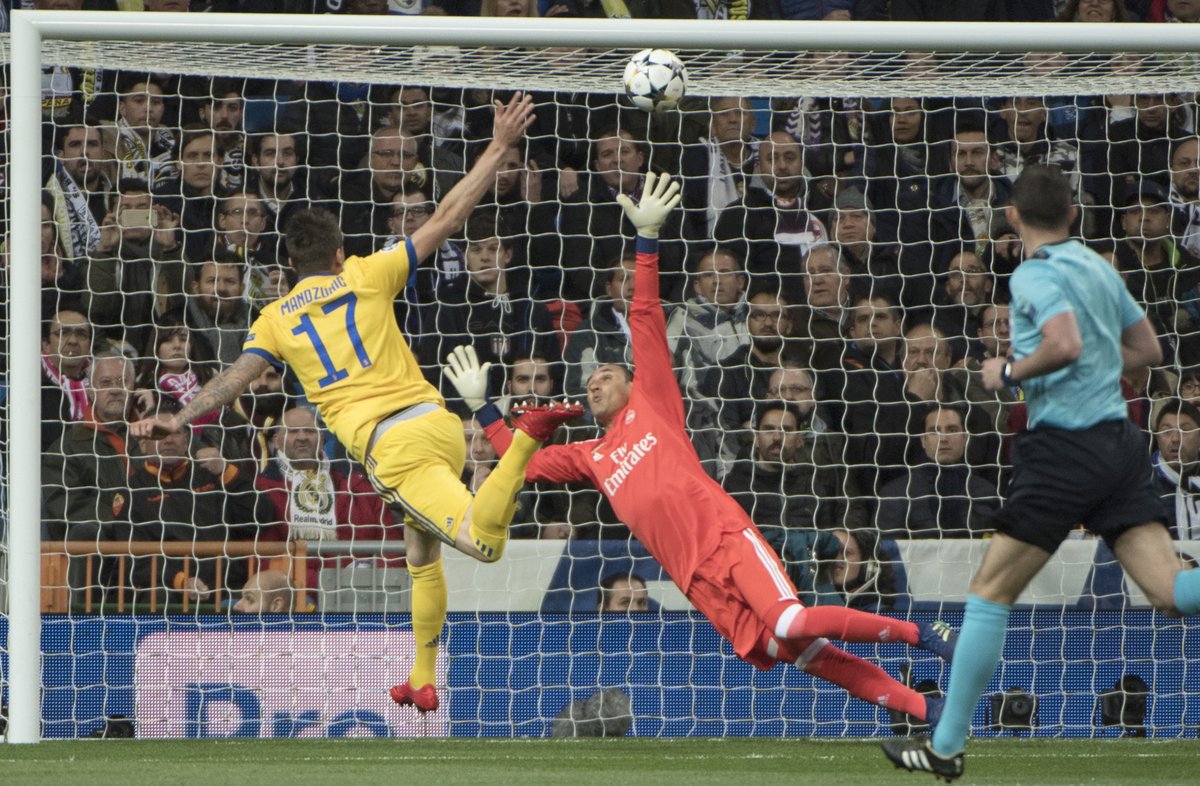 Juventus star, Mario Mandzukic showed the Super Eagles a glimpse of what to expect at the 2018 FIFA World Cup with two lovely goals against European Champions Real Madrid at the famous Estadio Santiago Bernabeu on Wednesday night.

The former Bayern Munich forward leads the line for the Croatian national team and they will face Nigeria, Argentina and Iceland in Group D at the Mundial to be hosted by Russia.

The Old Lady lost 3-0 in the first leg of the UEFA Champions League quarter-final in Turin and also lost star man Paulo Dybala to a straight red card. With the odds mightily stack against them Mandzukic stepped up and inspired the team.

The Croat scored inside the first two minutes of the encounter which was the fastest goal the Los Blancos had conceded at home in the competition.

He made it 2-0 with eight minutes before the first half to make him the first player to score two headers in a Champions League game against Real Madrid since at least 2003/04.

Gernor Rohr must really look at neutralising the air prowess of Mandzukic because 10 out of 20 of his Champions League goals have been headers which are outstanding in every sense.

Remarkably, Juventus levelled scored 3-3 on aggregate after France international Blaise Matuidi capitalised on an error by goalkeeper Keylor Navas to make it 3-0 on the night. At this point, Madrid fans were stunned – the lush green pitch of the Santiago Bernabeu turned into White and Black as voices of the Old Lady fans echoed around the venue.

Real Madrid eventually qualified for the semifinals courtesy a late penalty from Cristiano Ronaldo after Lucas Vazquez was fouled inside the box by Medhi Benatia but the game ended in a poor note for veteran goalkeeper after he was shown a straight red card by English referee Michael Oliver for decent.

Heartbreak for Buffon, Celebration for Ronaldo

We almost lost Eriksen but ‘we got him back’, Denmark team doctor confirms

Lookman’s switch to Nigeria still a “work in progress”

We almost lost Eriksen but ‘we got him back’, Denmark team…

Lookman’s switch to Nigeria still a “work in…