No Super Eagles player made the CAF X1 after the final round of group matches at the ongoing Africa Cup of Nations in Egypt. 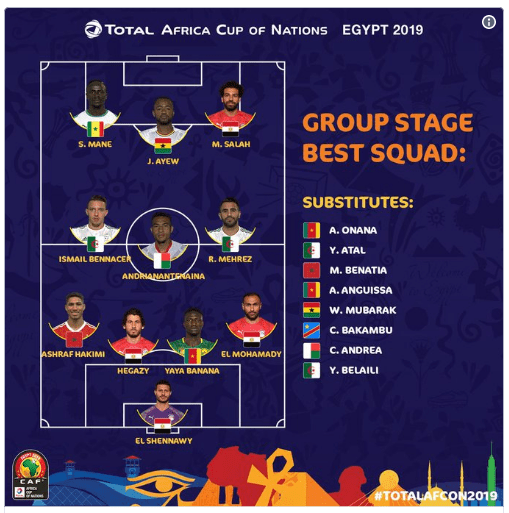 The list which was made public today by the Confederation of Africa Football has four Egyptian players led by Liverpool star Mohammed Salah.

The selection across the teams reveals the best eleven players so far and another eight in the reserve list.