Sportinglife.ng takes a look at the performance of Super Eagles’ players in Friday’s 2019 Africa Cup of Nations qualifying fixture against Seychelles at the Stephen Keshi Stadium Asaba. 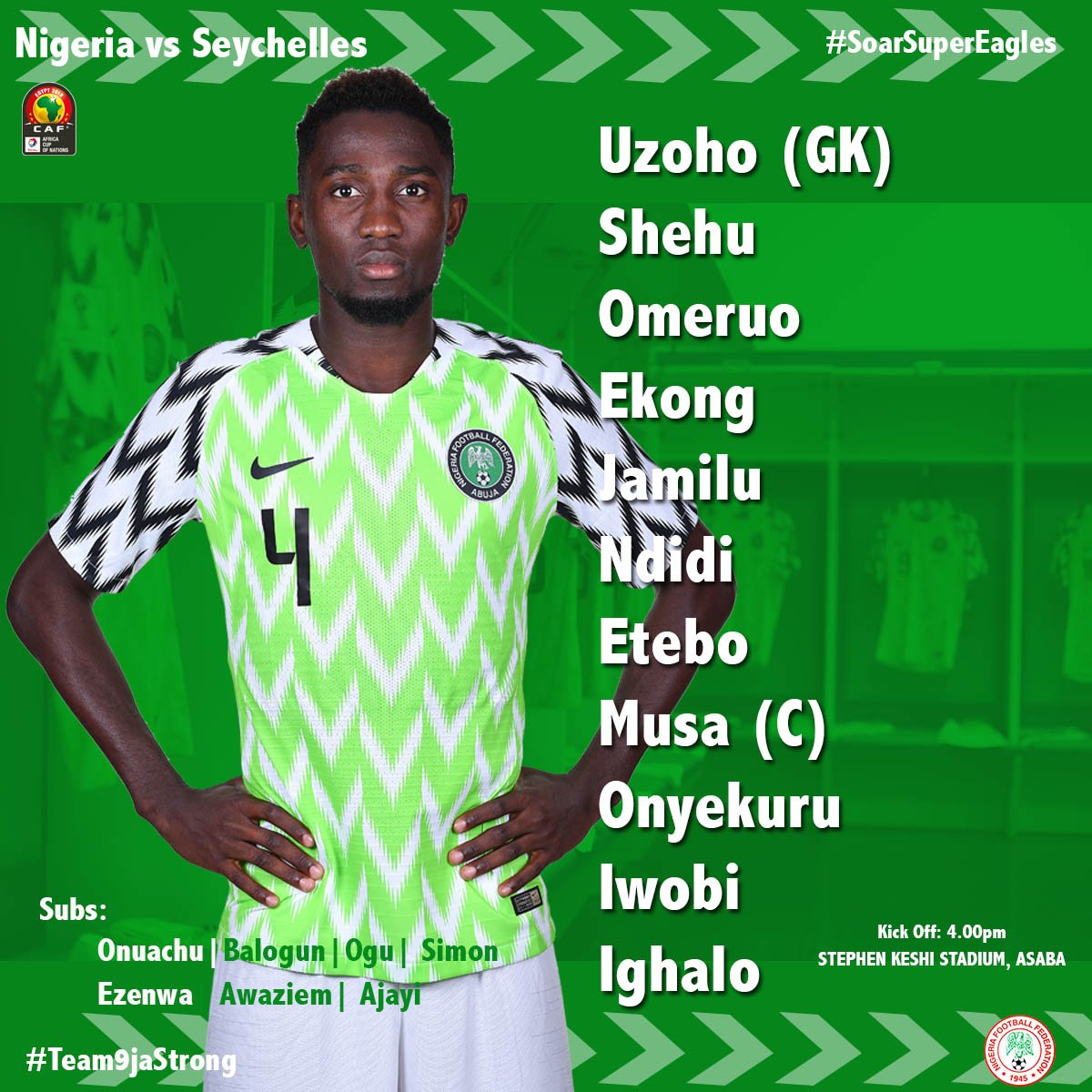 Paired well with Ekong and had a good outing

Missed a chance to get on the scorer’s sheet

Took the place of injured Samuel Kalu who failed to show up for the match and justified his inclusion. Cappped his outing with a goal

Scored Nigeria’s opening goal from the penalty spot and later disappeared. He ended up as the team’s highest goal scorer with seven goals.