Super Eagles 2013 AFCON winner Ogenyi Onazi has not given up hopes of returning to the Nigeria national team after two years of absence from the team.

The former SS Lazio midfielder has earned 52 caps for Nigeria, but last played for the three-time African champions two years ago, no thanks to injury and poor form.

In the absence of the AFCON winner, Wilfred Ndidi, Oghenekaro Etebo, and Joe Aribo have occupied the three spot in the midfield for the Gernot Rohr’s tutored side. 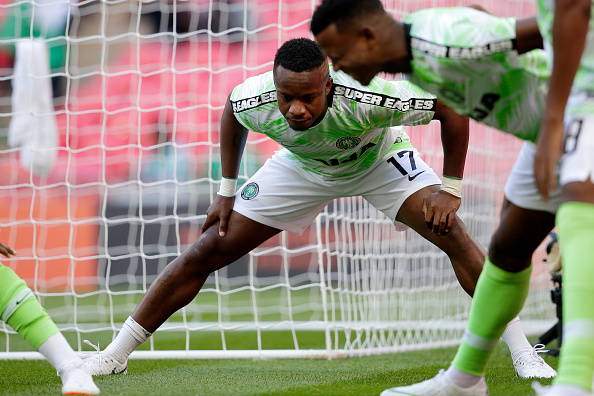 Onazi however said he’s aware of the emergence of the new breeds, but he’s ready to guide the young ones if given the chance.

“I’m aware of the young players breaking into the squad and older players like me can only guide a young squad,” he told BBC.

“I still have the desire and ambition to play for Nigeria again but sadly my injury has slowed me down.”

The former Lazio midfielder also stressed further that, he has a good relationship with coach Gernot Rohr, although they don’t speak regularly.

“The last time I spoke to Gernot Rohr was during his last birthday but I am not someone who talks to the coach regularly,” noted Onazi who currently plies his trade with Danish Superliga team SønderjyskE.

Rohr reveals what Super Eagles players must prove against Tunisia