Super Eagles and Napoli striker Victor Osimhen will miss Tuesday’s Africa Cup of Nations return qualifier against Sierra Leone in Freetown after he dislocated his shoulder in the first game, according to Nigeria coach Gernot Rohr.

Osimhen scored one of the goals in a dramatic 4-4 draw with Sierra Leone, who recovered from four goals down in Benin City on Friday, but was later substituted after hurting his shoulder.

He has since been discharged from hospital, but Rohr said he will not be available for the rematch in Sierra Leone.

“He is out of the match after he dislocated his shoulder,” Rohr disclosed.

However, the Super Eagles coach said he is confident both Villarreal winger Samuel Chukwueze and Leon Balogun from Scottish club Rangers will be fit for the match in Freetown. 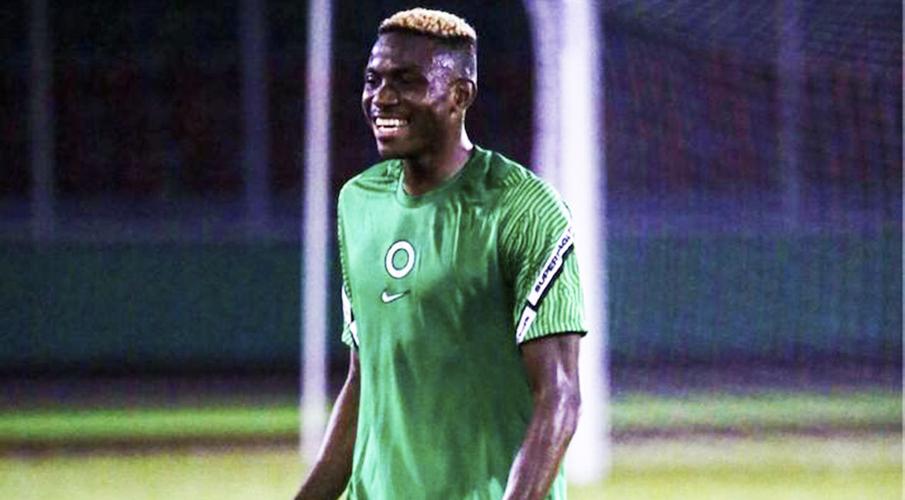 “Balogun was replaced after he got injured, he did not train today but he will be okay, while Chukwueze has a little pain around the groin, but we hope to have him back,” he assured.

Club Brugge forward Emmanuel Dennis is the other injury doubt after he injured his ankle in training.

AFCON qualifiers: Egypt up and running, DRC held in Kinshasa

Juve coach Pirlo’s tribute to Maradona: ‘Napoli legend was our…