Super Falcons Assistant Coach Maureen Madu has made the list of 23 prominent Nigerian Women to be inducted into the Nigerian Women Hall of Fame at a ceremony scheduled to take place in Abuja on June 27. 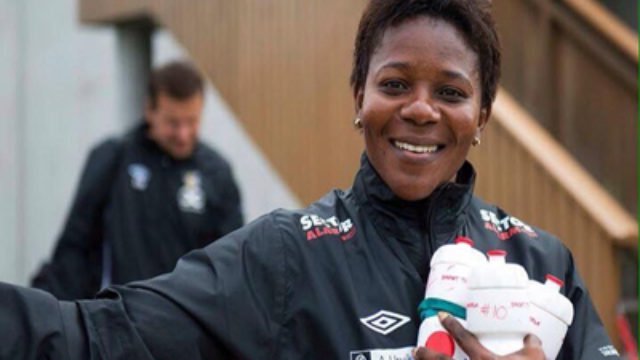 A list of the inductees obtained by the News Agency of Nigeria (NAN) from National Centre for Women Development (NCWD), organisers of the event, showed that Madu was selected for being the first Nigerian female coach to manage a top club in Europe.

She was also listed among the inductees for being the first female Nigerian to make 100 appearances for women’s national team.

Madu told the News Agency of Nigeria (NAN) in an interview that it was an honour to be among the inductees.

“I thank Almighty God for the honour; it made me to understand that wherever you are you have to put in your best no matter the circumstance.

“It made me to know that it pays to be hardworking, honest and dedicated in whatever you are doing knowing that it will put you in limelight,” she said.

Prominent Nigerian women on the list are Sen. Oluremi Tinubu, first female to win senatorial seat in three consecutive parliaments and Justice Zainab Bulkachuwa who is the first female president of court of appeal.

Dr Stella Adadevoh, Physician who curbed a wider spread of Ebola virus by quarantining a Liberian, Patrick Sawyer, in spite pressure, also made the list.

Adadevoh lost her life in the process.

The Nigerian Women Hall of Fame was established as a national repository to document and celebrate every success that has been or achieved by Nigerian women and young girls, considering the difficulties they encountered to attain their status.

Training with Arsenal convinced me I can continue playing…