The goal bazaar began as early as the 10th minute when Francisca Ordega put the Falcons ahead.  Asissat Oshoala who wasted begging chances in the match against Shepolopolo of Zambia in the second match, rediscovered her scoring boot grabbing a hatrick in a jiffy. 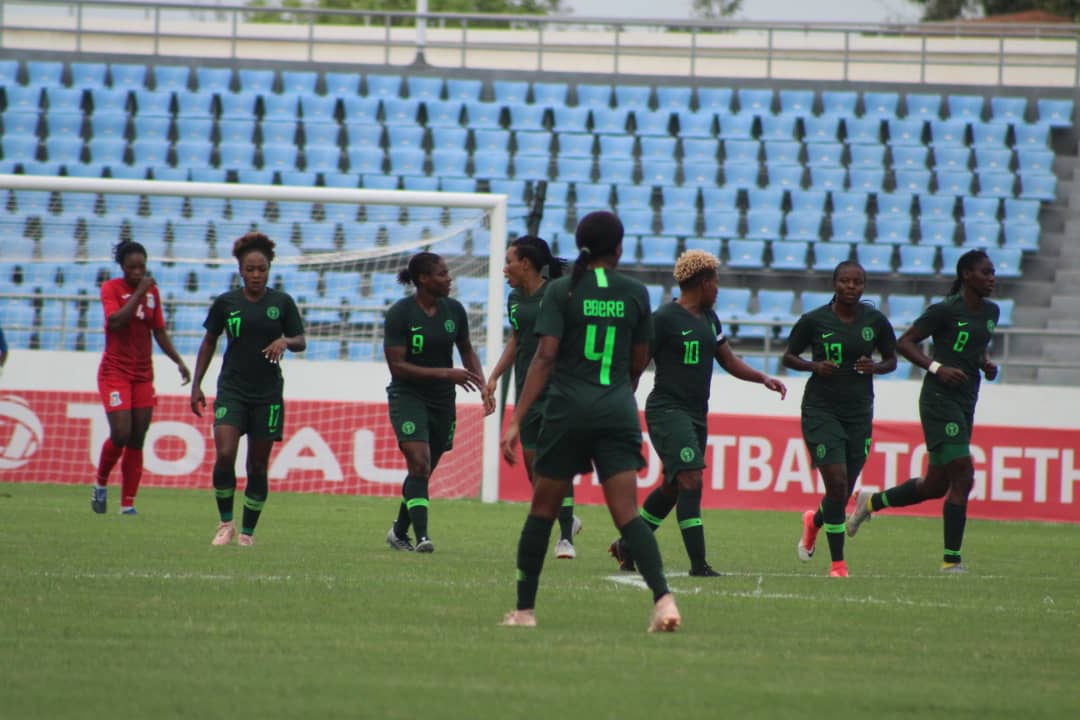 Desire Oparanozie and Rita Chikwelu grabbed a goal each to hand Falcons a 6-0 victory.  The rampaging Falcons appeared to have set a target at scoring 16 goals to spell Equatorial Guinea but ended up spelling Guinea.

The second match involving South Africa and Zambia ended in a 1-1 draw thus pushing hard fighting Shepolopolo to the exit door.  Nigeria will face Cameroon in the first Semifinal tie while South Africa will slug it out with Mali.

No cause for Alarm:  Arsenal’s Lucas Torreira in PSG kit