Super Falcons striker, Ini-Abasi Umotong has graduated with a First Class Honors degree in Economics from the University of Southampton. 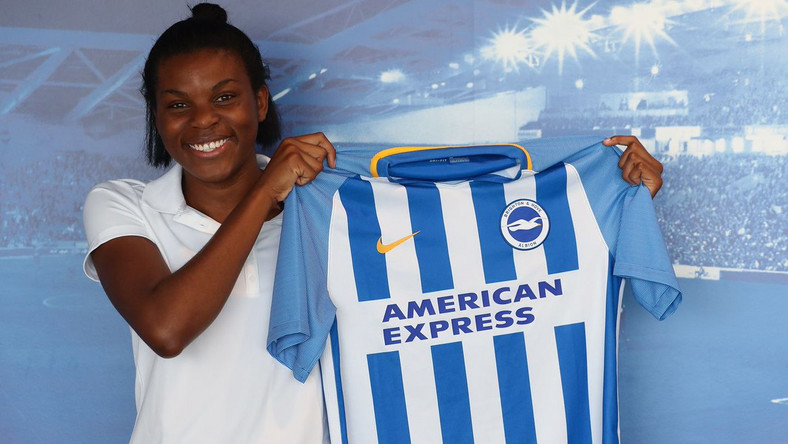 The Oxford United of England star who is primed to make the final cut for the FIFA Women’s World Cup in France shared the news on her verified facebook account.

Umotong who has only made one appearance for Nigeria’s senior women’s’ team was part of the team that featured at the Cyprus Women’s Invitational Tournament where the Falcons finished seventh a fortnight ago.

She was a part of the squad that represented Nigeria at the 2015 FIFA Women’s World Cup in Canada, even though she didn’t get the chance to play.

The 24-year-old has won several awards amongst them the Most Valuable Player (MVP) and highest goal scorer awards while playing for Wimbledon FC also in England.

Born in Calabar, Nigeria, Umotong alongside her family moved to Birmingham, England when she was one year old. She is the youngest of six siblings born to Ben Anefiok and Grace Umotong.

International friendly: Egypt goalkeeper out of Eagles  friendly due to injury