Call it a combination of luck and tenacity and you will be correct as Super Sand Eagles Wednesday defeated hosts Egypt in the semifinals of the Beach Soccer Africa Cup of Nations to book a place in the final and also qualify for the world cup in Paraguay.

The team that left the country on a quite side with no known outstanding training ahead of the championship lost held on in their energy sapping encounter with Egypt to emerge victorious 7-6.  The team had started the championship on a losing note against Senegal but then defeated Libya 6-3 in what could pass for a bounce back tie.

In the second semifinals billed for tomorrow, Senegal will take Morocco to determine who will play Nigeria in final on Friday December 14. 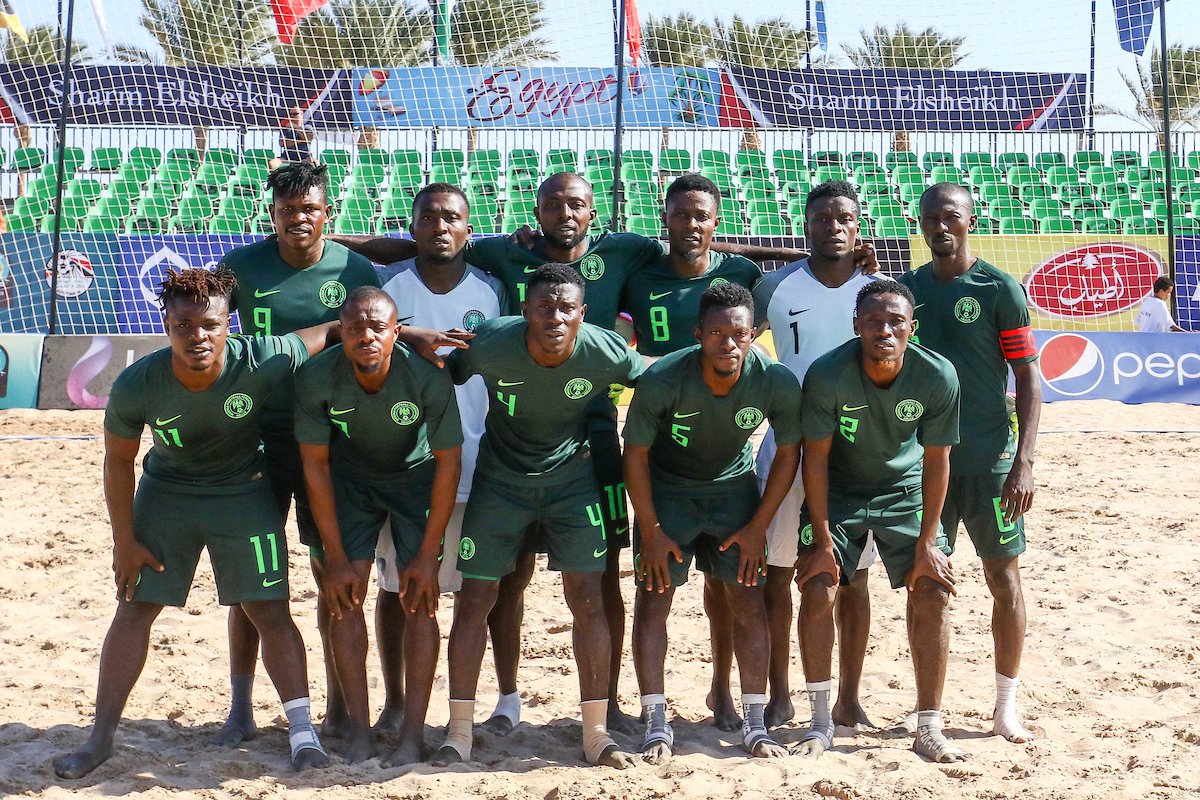 A number of fans reacting to the Super Sand Eagles feat believe die hard attitude and the much talked about Nigerian spirit led the team to the finals, noting that if based on training and preparation they ought to take first from behind.

One of the fans on social media said “Nigeria’s Super Sand Eagles have beaten hosts Egypt and qualified for the final of the CAF Beach Soccer Cup of Nations as well as the 2019 Beach Soccer World Cup. No camping. No training. Bahbu! Just sheer grit and a hefty dose of “WE DIE HERE!”

The Nigerian beach soccer team will be hoping to improve on its past achievement in Paraguay not withstanding their lack of preparation. Below is a list of their achievements since 2006, posting their best world stage outing in 2007 when they reached the quarterfinals in Rio De Janeiro Brazil losing 3-1 to Uruguay and 2011 in Italy where they lost 10-8 to Brazil after extra time.