Tammy Abraham was Aston Villa’s saviour once again in a 2-2 home draw with Queens Park Rangers on Tuesday.

Abraham, reportedly keen to end his loan from Chelsea and show his goalscoring ability in the Premier League, scored two crucial goals to take his tally to nine in the last five home games. 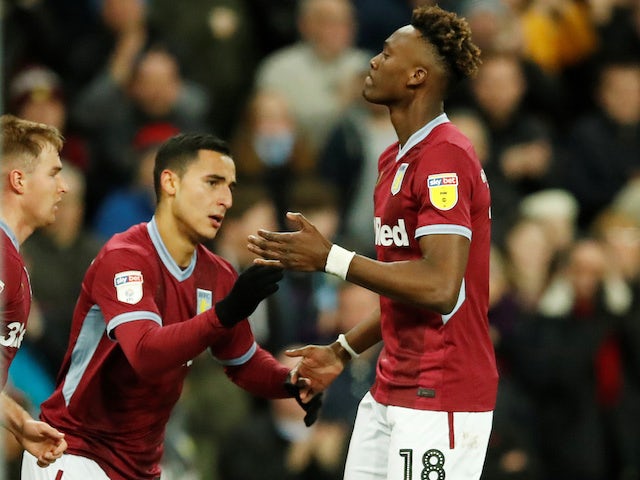 He was on the mark in the 21st minute but a tenacious QPR shook Villa to the core when Luke Freeman equalised just before the break and then took a 57th-minute lead through Ebere Eze.

Abraham notched a face-saving equaliser in the 76th minute but injury-hit Villa, who were forced to include goalkeeper Jed Steer and defender Tommy Elphick having recalled both players from loan spells, continue to drop points at home.

The game started slowly though it could have been different had Abraham not wasted a fine chance to open the scoring.

Rangers skipper Toni Leistner missed a short through-ball and Abraham raced onto the pass but produced a weak effort and Joe Lumley was able to make a routine block at his near post.

The Londoners had another let-off in the 20th minute when John McGinn, set up by Birkir Bjarnason, unleashed a left-footed shot which cannoned off the crossbar.

Villa made up for their slow start by taking the lead a minute later when theunmarked Abraham nonchalantly headed home a cross from McGinn.

On the half-hour Rangers slowly began to make an impact. Freeman worked hard to up the pace, while Eze and Nahki Wells should have done better with a couple of opportunities.

Freeman, however, was rewarded when his spectacular 25-yard rocket in the 41st minute whistled past Steer to give Rangers a deserved equaliser.

Following a six-minute delay following an injury to Lumley, Rangers took full advantage of Villa’s commitment to attack by storming into a 57th-minute lead.

Freeman was the player who produced a long crossfield pass to the right, where Pawel Wszolek put over a cross from which the unmarked Eze put Rangers into a shock lead.

Fortunately for Villa the goalscoring prowess of Abraham was still potent, as he demonstrated with a 72nd-minute equaliser when he was on hand to convert a right- wing cross from Anwar El Ghazi.