Tammy Abraham is already dreaming of winning the Euro 2020 with England after scoring  his maiden goal for the Three Lions against Montenegro on Thursday night. 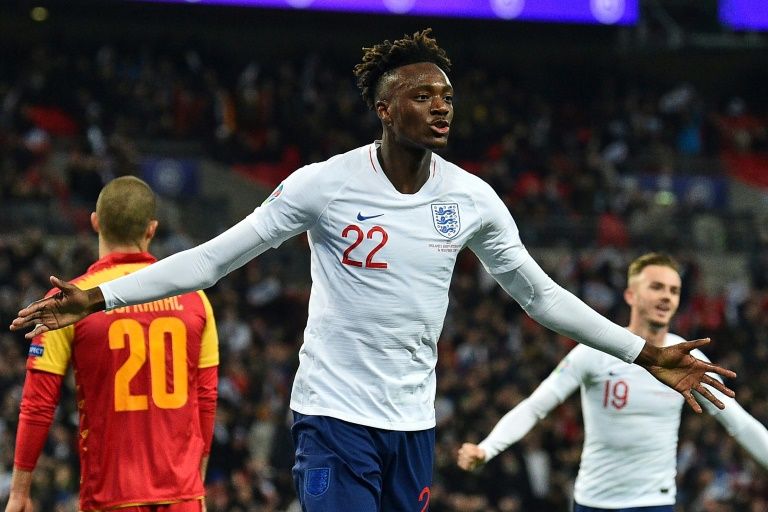 Abraham scored last in the Three Lions’ 7-0 romp over to seal a spot at next summer’s tournament.

‘Being at the Euros, winning it, top four or top two in the Premier League. Just believing! The sky’s the limit.

‘Hopefully, hopefully, I don’t want to jinx myself.’

Asked what next year might hold in store for him, he replied: ‘Bigger dreams hopefully.

He was also asked if England can end its 54 years wait for the trophy. “I believe so,’ the Chelsea striker said.

Scoring for England caps a memorable year for the 22-year-old who has 10 goals in 18 games for Chelsea this season.

Gareth Bale: I’m more excited to play for my country