Former Aston Villa striker Tammy Abraham has welcomed the arrival of Timo Werner to Stamford Bridge after which he likened the striker to ex-France international, Thiery Henry. 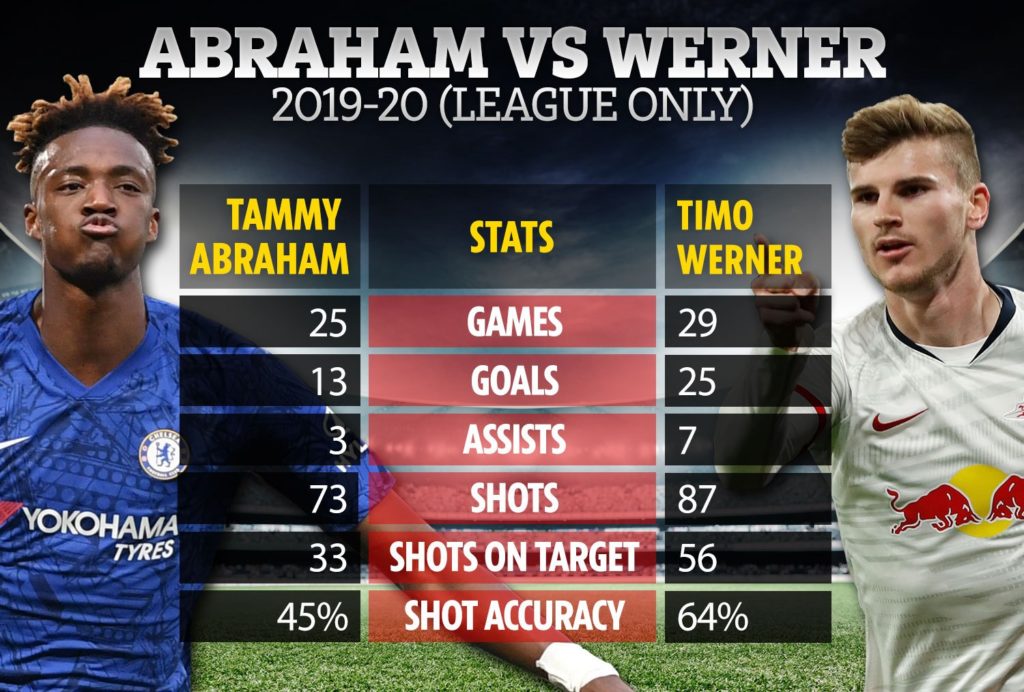 He agreed that the £53million acquisition would bring more competition upfront and was already looking forward to playing with him.

“At the end of the day, it is Chelsea Football Club. There are always going to be new signings,” admitted Abraham.

“I don’t do too well when I’m in my comfort zone. It’s good to have me on edge. That’s how I love to be. My whole season so far I’ve had a great competition with Olivier Giroud and Michy Batshuayi. We’re looking at a World Cup-winner and Belgium’s No 2. It’s nice to have that competition.

Now the competition is going to get even more powerful with Timo Werner coming in. But he’s a player who of course is very versatile, who can play on the wings or play more centrally. And if things are not working out, he can play striker as well.

“During the lockdown, I watched the Bundesliga. He’s quick, likes to make runs in behind, is more of a Thierry Henry coming in from an angle kind of striker. He likes to pull away to the left.

“I wouldn’t say he is an all-out No 9. He is someone I would like to play with, not just having the conversation of who is starting. It would be nice if there was room to have both of us on the pitch at the same time.”

read also: Abraham will need to improve with Werner’s arrival–Lampard

Abraham has 15 goals to his name in all competitions but hasn’t started since the Premier League returned. He was introduced as a late substitute in Chelsea’s win at Villa Park eight days ago after Olivier Giroud scored what turned out to be the winner.