Tanzania have parted ways with their once cherished coach and former Nigeria international Emmanuel Amuneke after what the Tanzania Football Federation (TFF) dubbed poor outing at the ongoing Nations Cup in Egypt.

Amuneke who made history by qualifying the Taifa Stars of Tanzania for the Nations cup for the first time in 39 years failed to win a match in the group stage where the team was pitched against Algeria, Senegal and Kenya.

The team lost 3-0 to Algeria, 3-2 to Kenya and 2-0 to Senegal to exit the competition conceding 8 goals and scoring just two against Kenya. 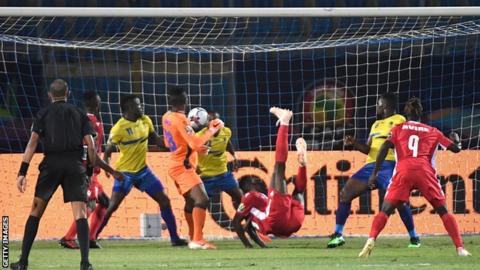 TFF in a release on Monday said “The Tanzania Football Association and the national team coach, Emmanuel Amuneke, have reached a joint agreement to terminate the contract,” the TFF wrote on their website.

The Federation said a temporary coach would be appointed after their emergency meeting on Thursday, and he would lead them for the upcoming qualifiers for the African Nations Championship (CHAN). Tanzania begin the regional CHAN qualifiers against neighbor’s Kenya later this month.

Amuneke who coached Sudanese club Al Khartoum SC before taking over the Tanzanian national team won the Fifa U-17 World Cup trophy for a record fourth time in the United Arab Emirates in 2013 for Nigeria. The former Barcelona ace within the short period he was with Taifa Stars was hailed by many fans who noted that he had injected life into the Tanzanian national team despite the poor run in Egypt.