In another reality somewhere, Super Eagles legend Taribo West became the greatest defender that the world has ever seen.

Whether that reality existed in your computer or a friend’s it definitely happened. We wish the greatest free transfer the game has ever seen a happy birthday! 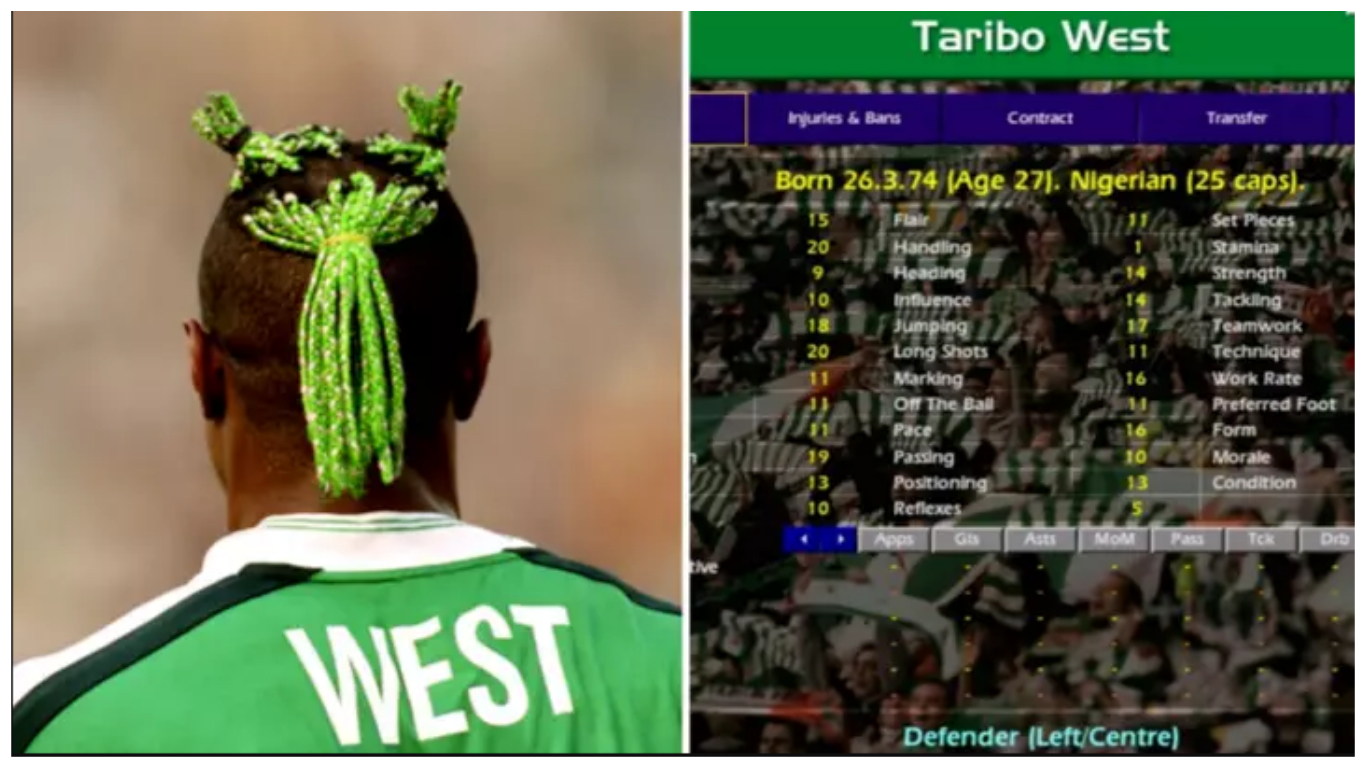 Footballers have a lot to thank Jean-Marc Bosman for. Without him they may have never had free trade once their contracts came to an end and for the rest of us we may never have got the cult of Taribo West.

In reality West was a decent centre back in the mid 90s to early 00s in a generation where defending was far more about the ability to stop players than pass the ball at the back.

Happy birthday to the hottest free agent in Champ Man history. A dreadlocked destroyer. A defensive colossus. A gun for hire who had new managers from Barcelona to Bradford scrabbling for his signature:

The Nigerian International played for Auxerre in France before moving to Italy where he played for both Inter and AC Milan, eventually landing in England on loan and then moving on to Germany and Serbia.

He was best known for incredible hair and his green and white braids made him famous in the 1998 World Cup, also playing for his country in the 2002 edition and winning the Olympics in 1996.

But for all he achieved in reality on the pitch the defender, who could play on the left as well as in the centre, was arguably known best for being available for free at the beginning of Championship Manager 01/02- arguably the best version of the football sim, thanks in some part to nostalgia: 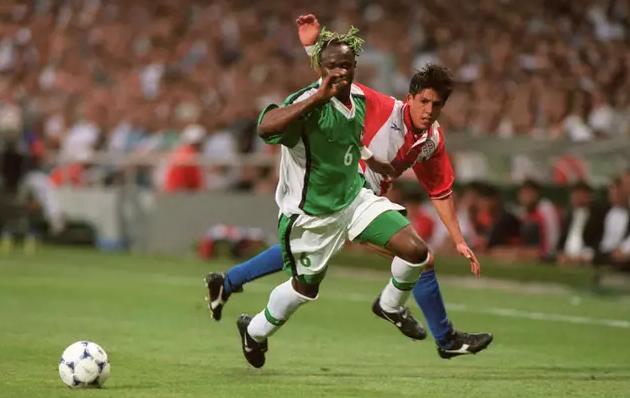 Of course we can’t boil all his career down simply to a game but it’s true that anyone in their late 20s and early 30s, possibly beyond, who loved the serial of games must have had a save with West.

Whether you started with a lower league team or one of Europe’s elite there was always the chance to sign the former Inter man on a free transfer at the beginning of the game and there was a chance you’d bag him.

Not only could you sign him but you’d be guaranteed he would be a success. I have played 100s of saves on that game and signed him on most of those without a single failure. 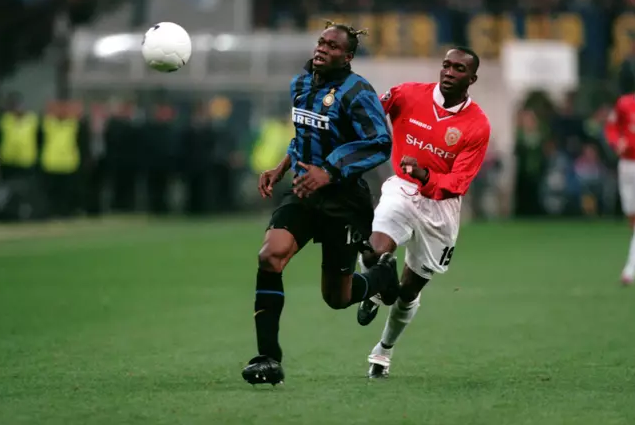 West was truly one of the cult heroes not just of the game but of 90s football. He played alongside the likes of Ronaldo, Javier Zanetti, Diego Simeone and Youri Djorkaeff in Inter’s UEFA Cup win in 1998 and Nwankwo Kanu, Jay-Jay Okocha and Daniel Amokachi in his country’s Olympic success in Atalanta in 96.

Happy Birthday Taribo, you’ll always remain in our hearts, for your hair, your ability and the alternate reality where you really were one of the best!

COVID-19: WHO urges everyone to stay home and play games

Coronavirus: Kalu Gets Bordeaux ‘s Permission To Return To Nigeria

Man City’s Champions League ban appeal up in the air…