Tension as Ighalo set to quit Man Utd for Shanghai

Manchester United may face a battle to keep hold of Nigeria’s loanee Odion Ighalo as Shanghai Shenhua expect the forward  to return for the start of the new Chinese season in July.

Your dreams are VALID don’t give up😊🔴 #mondaymotivation

According to Sky Sports News report, the Red Devils are keen to extend the Nigerian star’s loan period until whenever the Premier League season ends amid uncertainty due to the Coronavirus pandemic.

But latest reports suggest that Shanghai aren’t willing to agree to this, with the Chinese Super League club only willing to part ways with Ighalo on a permanent basis, with the ace valued at more than £20m.

The BBC recently reported that the 30-year-old wants to stay with the Red Devils, however it may be quite problematic for the Nigerian forward loan deal to be extended. 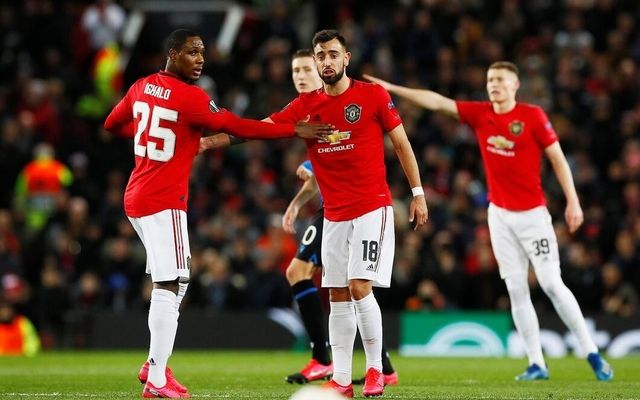 It’s clear that Ighalo is hoping to stay at his boyhood club with Sky Sports reporting in March that the ace rejected a two-year contract extension with Shanghai that was worth £400,000-a-week.

Ighalo has been excellent since joining as perhaps the most surprising transfer of the January transfer window.

The ace has helped ease the impact of Marcus Rashford being injured by bagging four goals and an assist from just three starts.

In total, Ighalo has made eight appearances for the Red Devils, he’s also shown his talents and the necessary different dimension he brings to Man United’s attack with his outings off the bench.

Sky Sports report that loan deals – like usual contracts, expire on June 30, if the Premier League resumes this summer, this would reportedly leave 163 top-flight players in limbo.

Ighalo’s situation is quite unique, we can’t really disagree with Shanghai’s stance on the star, unfortunately the pandemic has effectively left the star in the middle of both clubs.

United understandably want to keep hold of Ighalo until whenever the Premier League season ends – if it does, and Shanghai want their marquee signing back for the start of their new campaign in July.