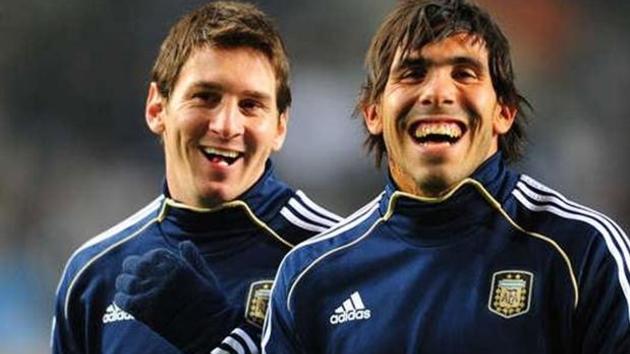 Carlos Tevez is eagerly anticipating his reunion with his former Argentina team-mate Lionel Messi in the Joan Camper Trophy.

The pair have an enduring friendship owing to their time playing together for the national team and will come toe to toe at the Nou Camp in the annual friendly.

Tevez, who earned 76 caps for the national side before his retirement in 2015, now plies his trade back in his native Argentina with Boca Juniors, where he started his professional career back in 2001.

His Boca side will take on the Catalan giants, spearheaded by Messi, on Wednesday and Tevez is eager to trade blows with the four-time Ballon d’Or winner once again.

‘It is always beautiful to play against him,’ Tevez said. ‘When I played together with him, that made me happy.

‘So to be able to confront him or have a closer look at him now, it will make me happy too.’

Tevez made a lucrative move from Boca Juniors to Shanghai Shenhua back in 2017, but after just a year in China he moved back to his boyhood club.

Messi, meanwhile, has often spoke of his desire to return to Argentina and play for Newell’s Old Boys once his Barca days are finished – which would consequently see these old friends face off far more frequently.