Nigeria are through to the semi final stage of the Africa Cup of Nations. Sportinglife.ng takes a look at the three takeaways from the match which the Eagles won 2-1 on Wednesday night at the Cairo International Stadium. 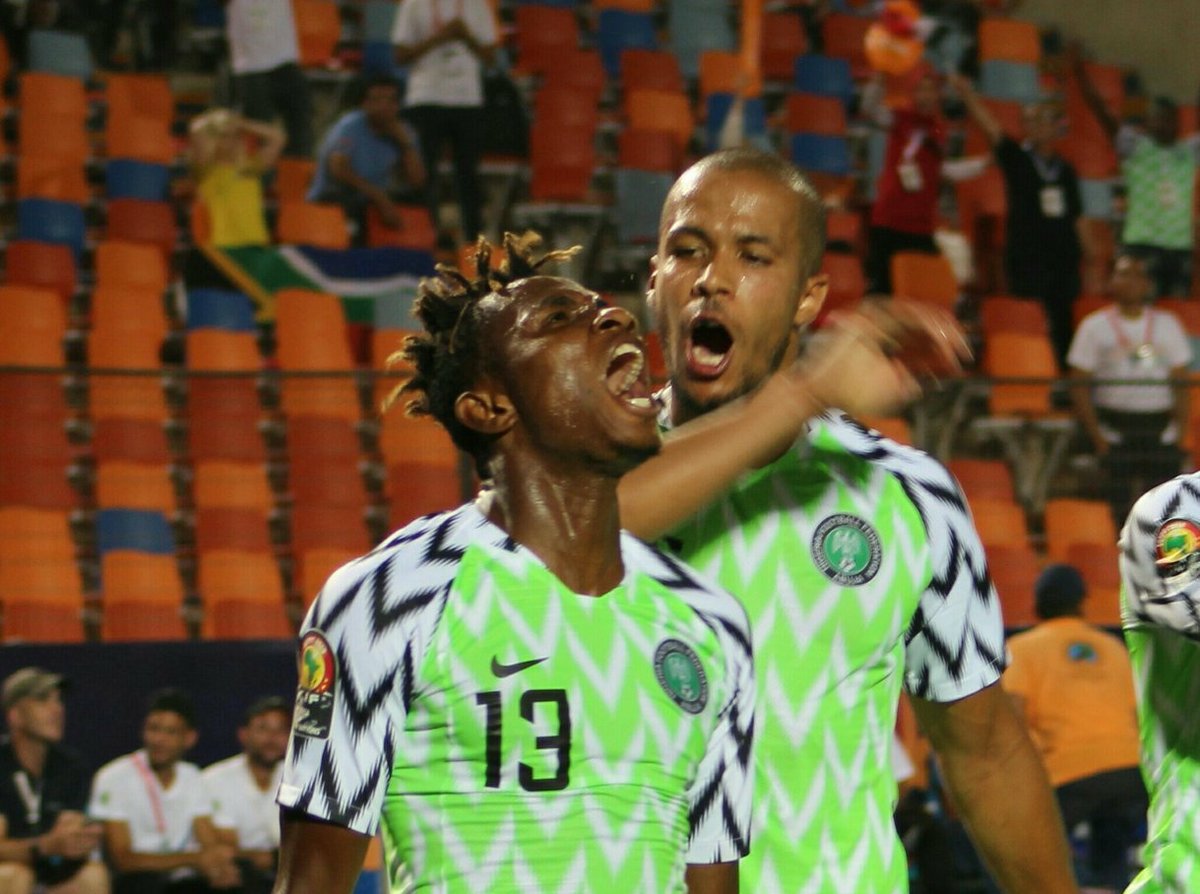 One of the best decisions Super Eagles head coach, Gernot Rohr has taken so far in this competition was to have started Samuel Chukwueze in place of Moses Simon in yesterday’s match. The team needed his pace to match the South Africans after the way they played Egypt in the Round of 16 last Saturday. We should expect more from Chukwueze in the semi final regardless of who we would face.

One wonders why Rohr is not prepared to take that risk of fielding Victor Osimhen. An Osimhen would have done better than an Odion Ighalo who was totally not in the game.  He would have also combined perfectly with Samuel Chukwueze upfront.

Both players gave Nigerians privy of their capabilities sleepless nights prior to the game, but a job well done to the Eagles defence for rising to the occasion of stopping them from wrecking havoc.