Tianjin Teda’s manager, Uli Stielike didn’t even name the ex-Chelsea midfielder on the reserve bench, raising concerns about the match fitness of the Nigerian international ahead of the national team’s 2019 Africa Cup of Nations qualifier against Seychelles early next month. 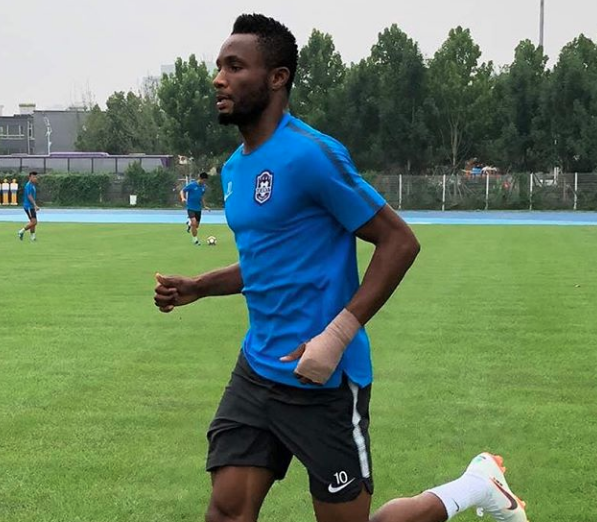 Ghanaian winger, Frank Opoku Acheampong put Tianjin ahead in the 13th minute and Brazilian striker, Johnathan sealed victory for the home team when he scored the second goal in the 44th minute.

Mikel resumed full training with Tianjin Teda this week after recovering from a knee injury he suffered during the high-intensity match against CQ Dangdai Lifan on July 21.

Since the resumption of the Chinese Super League, Mikel has now missed five games for Tianjin Teda, one as a result of an automatic suspension due to accumulation of yellow cards.

With the win, Tianjin are now sixth on the Chinese Super League log with 24 points from 17 matches.