Tottenham have announced the signing of Tanguy Ndombele from Lyon for a club record fee of £65million.

The midfielder travelled to London to complete a medical on Tuesday after agreeing terms on a six-year contract with the Premier League club.

Spurs will pay an initial £56.5m for France star Ndombele, although the future fee could rise to around £65m due to the add-ons included in the package

The fee for Ndombele tops the £42m Spurs splashed out for centre back Davinson Sanchez in 2017.

He has been a long-term target for manager Mauricio Pochettino and having been keen to sign him in the previous two windows, the Tottenham boss made the player his No 1 priority this summer.

The 22-year-old has drawn comparisons in style to former Chelsea favourite Michael Essien since his emergence at Lyon.

Spurs kickstarted their summer spree by landing winger Jack Clarke from Leeds for £8.5m ,before immediately sending him back on loan to the Championship club. 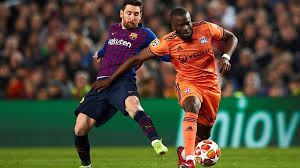 The Argentine is willing to sell the defender, who has just a year left on his contract, in order to raise funds for his summer rebuild.

Alderweireld has a £25m buy-out clause which expires on July 25, while Roma could sell 20-year-old midfielder Zaniolo for around £40m.