Jose Mourinho claims taking over at Tottenham is his toughest job since he was put in charge of Porto 18 years ago.

The Special One says his appointment as Spurs boss in November has been dogged by bad luck and problems from the outset.

A narrow lead for Liverpool at the break, but there’s still plenty to play for. #COYS #THFC

As a two-time manager of their hated rivals Chelsea, he knew there would be one or two bumps along the way.

But he did not expect it to be all downhill after his first game.

Just like Tottenham’s recent history, and magnificent £1billion stadium, Mourinho’s reign has not gone as planned.

He had a dream start after succeeding sacked Mauricio Pochettino, masterminding a 3-2 win at West Ham.

It was Tottenham’s first away win in the Premier League for 11 months.

And victories in their next two matches reignited hopes of a top-four finish — taking Spurs within three points of Chelsea in fourth.

But a home defeat to the Blues kicked off a miserable run of one win in six.

He said: “Look, if you want to know what I wanted to do here, look to my first game — against West Ham.

“That’s the way I thought I was going to develop the team. 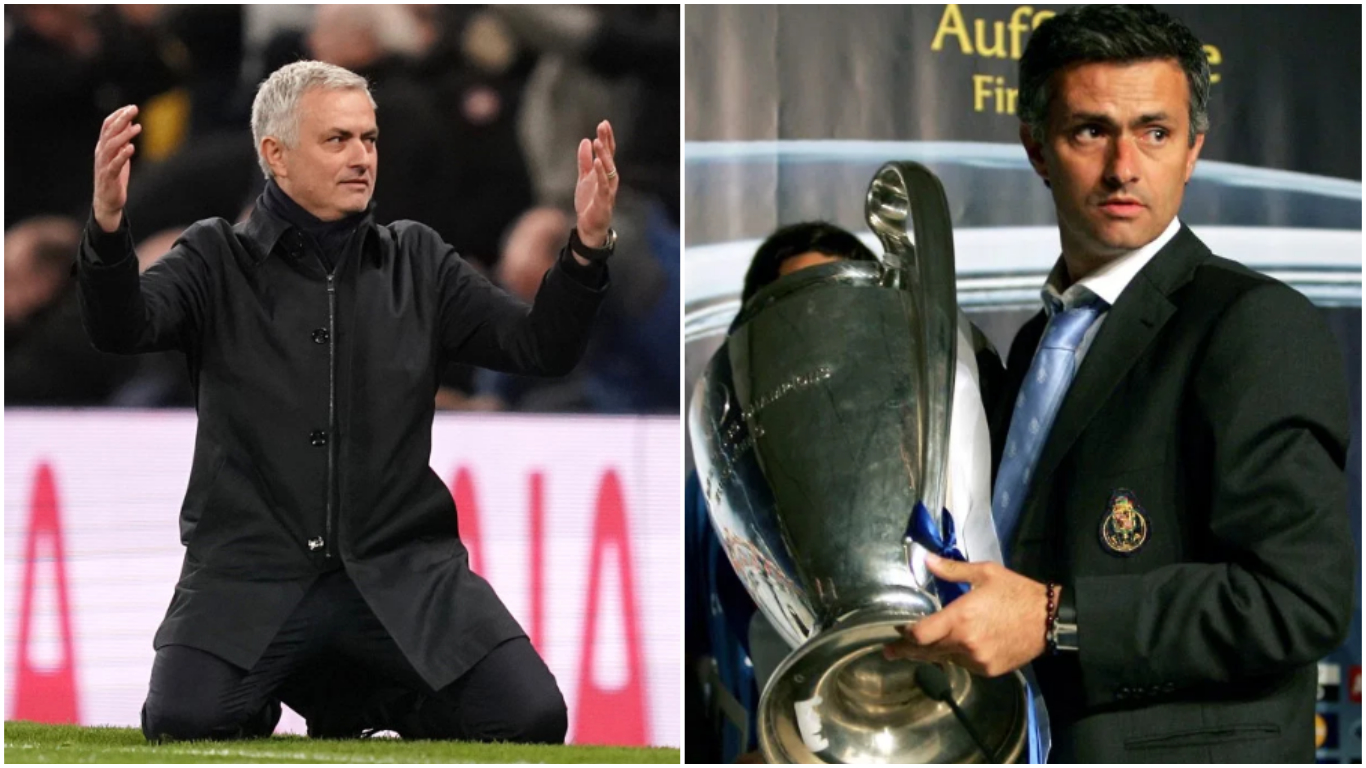 “But that was the first day of unlucky, goodbye Ben Davies. I think everything started with Hugo. You lose your captain for so long and then, in my case, I lose Ben when I felt I had something in here.”

If that was not bad enough, striker Harry Kane – who could miss the Euros – and midfielder Moussa Sissoko have joined the club’s injury list and will miss most of the rest of this campaign.

Add in record £65million signing Tanguy Ndombele, who is seemingly only too eager to declare himself unfit.

In fact, the FA Cup third-round replay at home to Middlesbrough tonight is a game the hosts could really could do without as Mourinho desperately tries to solve his injury conundrum.

He added: “You lose one more player — and you lose Kane and don’t have a striker.

“You go to Middlesbrough and you play with Lucas Moura and Son Heung-min both up front but then you realise the team is comfortable with width and you bring one to the side.

“So instead of building something that you see, the puzzle is coming and we are developing.

“We try to create a team that can play tomorrow and provide some guarantees of success.

“After Boro we will see what we have for Watford on Saturday — and Saturday, let’s see what we can do.

It takes Mourinho back to when he took over at Porto in January 2002. He eventually led them to Champions League glory and carved his name into European football folklore.

But it was not plain sailing at the start. Asked if this is his toughest job since the Portuguese club, Mourinho said: “It is the second time I get a team mid-season, just the second time.

“The first time was also not easy because it was the end of a team, the end of an era. It was an era without titles.

“That is my experience in Porto coming in the middle of the season.”

A different era but the same old Jose as he highlights credible reasons for the struggle — other than his own.

He added: “It was a different time at Porto.

“My most expensive player was Benni McCarthy from Celta Vigo for the equivalent of £4million. With £4m today, you could not buy a kid. The market’s changed completely. It’s not easy. It’s enjoyable.”

Jose will again have to rely on contract rebels Christian Eriksen and Jan Vertonghen against Boro tonight.

As well as 20-year-old academy defender Japhet Tanganga — who made his Prem debut in Saturday’s 1-0 home loss to Liverpool.

“Players are older four years. Players, in this case and some other cases, they don’t have four years of contract, they have six months of contract.

“Some players left, some players came. The players that come — Giovani Lo Celso, Ryan Sessegnon, Ndombele — you see the young boy is in a process of developing and we are giving him time to do that.

“You can feel that he is coming. Ndombele not even coming.

“Injured and with lots of problems, so you cannot compare what was four years ago to what it is now. So we have to work.

“Lloris was a long injury, then Harry, then Moussa, Ben Davies, everything is long.

“It’s not like you are waiting for somebody to come back next week or Sissoko in two weeks. It’s not in two weeks, it’s in three or four months.

“Maybe only next season, so it’s difficult. But, come on, it is what it is. We cannot have a squad like some other teams. It’s not us.

Mourinho says Spurs job is his hardest challenge since Porto 18 years ago https://t.co/6CjRb6CgWs

“Sunday, I was watching Manchester City and I looked to the bench — Sterling, Bernardo Silva, Gundogan, Otamendi. You know?

“Did you see the Liverpool bench? I’m not jealous, I have an amazing job but they are different jobs.

“I am so happy, not for me, with what Tanganga means for all of us in the building. This is a different club.”