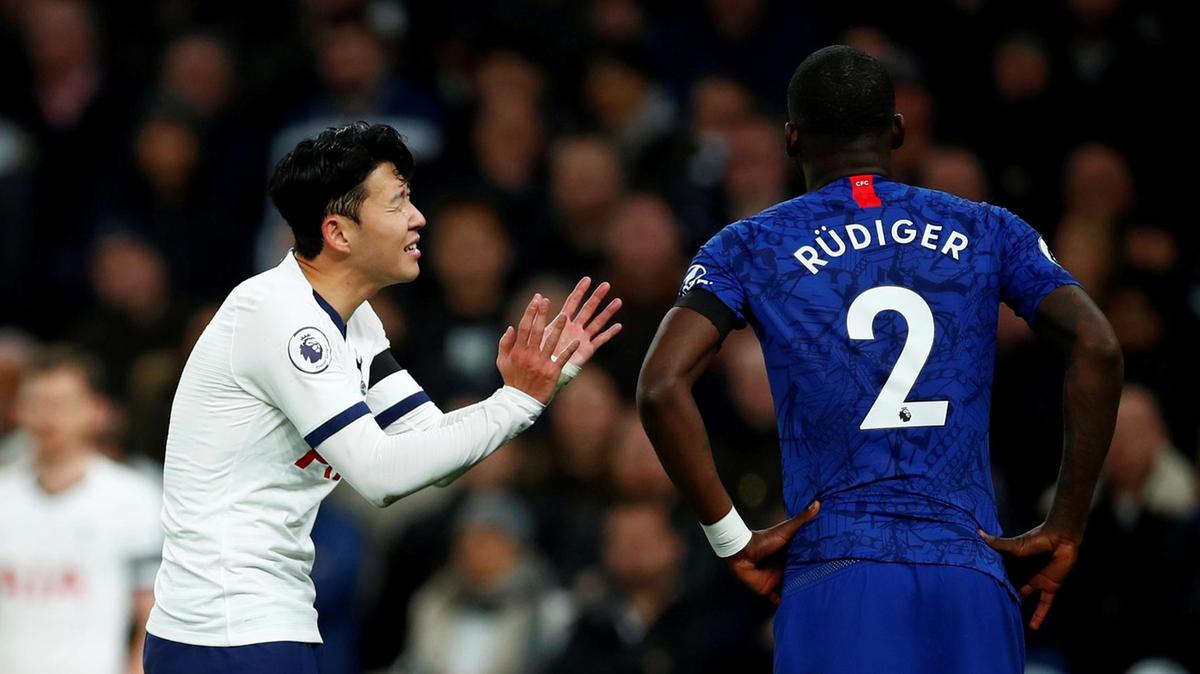 The South Korean was dismissed in the second half of Sunday’s 2-0 loss to their London rivals after VAR ruled he kicked out at Antonio Rudiger – an incident that led to the alleged racist abuse of the Germany international.

Referee Anthony Taylor did not punish Son, but VAR checked it and deemed he was guilty of violent conduct, ending up with a red card.

“So I hope to be punished twice is enough, he doesn’t deserve for the third the fourth or the fifth.”

Mourinho went on a lengthy anti-VAR rant, suggesting that it was not being implemented correctly and that the VAR official – in this instance Paul Tierney – was the man refereeing the game.

“Mr Paul Tierney decides yes and Mr Anthony Taylor who was in the game, in real time, five metres from the situation, Mr Taylor decided no,” he said. “So who was refereeing the game? Not Mr Taylor. It was Mr Tierney.

“The situation with Son, I think Mr Tierney made it wrong. It’s the wrong call.

“We don’t have [Erik] Lamela and it’s a big loss for us. But if that happens then we have to try to cope with it and to fight against injustice.

“But the way to fight against injustice is to give our best and the boys that are going to play are going to try and get results in it.”

Lamela is back in training after two months out with a hamstring injury, but Mourinho said he will not be fit enough to be involved against the Seagulls.

Patrick Pascal advises ex-players to get involved in football administration