Tuchel to Chelsea’s rivals: There’s a lot more to come from Lukaku

Thomas Tuchel praised Romelu Lukaku after Chelsea’s club-record £97.5million signing hit the ground running back in the Premier League in a 2-0 win at Arsenal… and has warned rivals that there is more to come.

Lukaku started for Chelsea at Arsenal on Sunday in what was his second debut for the Blues, returning to Stamford Bridge this summer after seven years away at Everton, Manchester United and Inter Milan.

The pressure was on the Belgian international after being named in Tuchel’s lineup at the Emirates, but Lukaku bulled Arsenal’s defence – and Pablo Mari in particular – as he started and finished the move which drew Chelsea’s first goal after 15 minutes.

Reece James clinically struck 20 minutes later to send Chelsea into the interval two up, and the Gunners could not live with Lukaku’s strength, touch and movement throughout, with the forward only denied his second goal by a stunning save from Bernd Leno.

Tuchel was delighted with Lukaku’s impact, and has backed his new No9 – who was awarded man of the match by Sky Sports’ Gary Neville – to take Chelsea up a gear once he develops a stronger understanding with his team-mates.

“It was a very good start,” Tuchel said. “That’s the best thing when your new strikers scores straight away and an important goal to get the lead, 1-0 to us.

“On top of that, he linked up well with Mason Mount and Kai Havertz to bring something to our game. We could play very direct up front to the last line. He was very dangerous through the whole game because they are also dangerous in counter-attacks. We brought him into the game very well already.

“Now, it is about details. Of course, there’s some things to improve. He almost scored a second one, but it was a fantastic save from Bernd Leno and it was a very good debut.

“He linked up well with us and now it the moment to continue and improve.

“His profile gives something that we did not have so much. We can overcome pressing with long balls and if we are close to the box we can also play into him. He is a very physical player, he gives strength to our counter attacks because he likes to run into spaces so.

“He was involved in training, with the guys. He is very smart, a very open and friendly person so it was easy to connect with everybody. They like to play with each other so it was very important it gives us more opportunities.

“At the same time we work on the details and keep going… and there is a lot more to come.

“His profile gives us something that we did not have so much. We can overcome pressing with long balls and if we are close to the box we can also play into him. 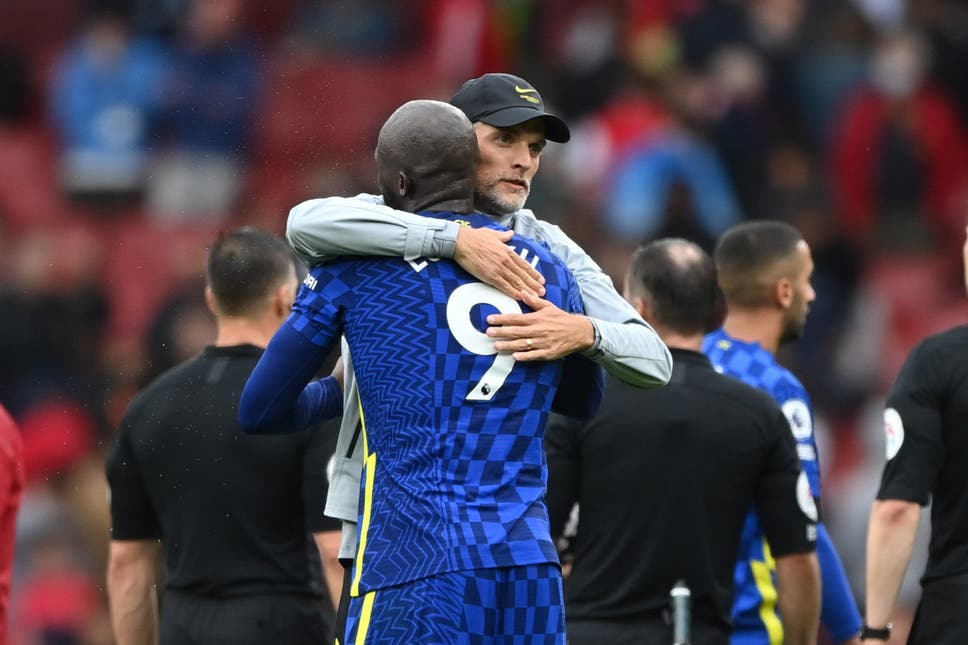 “He is a very physical player, he gives strength to our counter attacks because he likes to run into spaces.”

Tuchel also allayed fears over Reece James, who was hurt in the second half.

“There was no concussion at all,” he said. “He was worried about his jaw and tooth, so he was a bit shocked in the first moment.

“Everything is alright with him. He’s very well.”