Nigeria Football Federation general secretary Mohamed Sanusi says it will not rush to sack under-17 coach, Manu Garba, after the country’s exit from World Cup in Brazil. 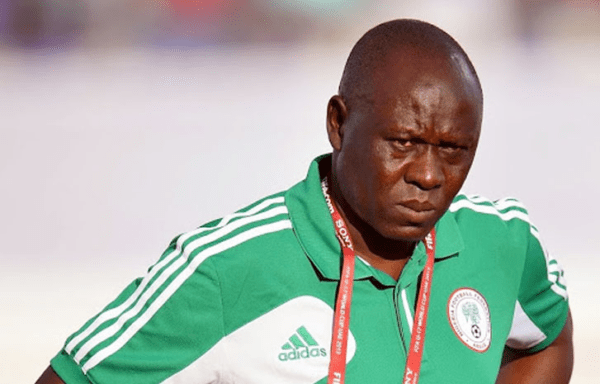 The Golden Eaglets, who are the most successful side in the tournament with five titles, suffered a 3-1 round of 16 defeat to the Netherlands on Wednesday.

“There’s no truth to reports in the media that the coach has been sacked,” Sanusi said.

“We understand the disappointment of the fans but the coach has a contract with the federation and there’s no rush or whatsoever.

“The standard procedure must be followed. For now the NFF technical committee is expecting a comprehensive technical report from the coach about the tournament in Brazil.

“Any decisions going toward will be presented to the board by the technical committee.”

His comments came after Nigeria’s sports minister Sunday Dare called for a review of the campaign in Brazil and of the Nigeria football (NFF) administration.

“Nigeria’s performance at the Under-17 World Cup calls for a review,” Dare revealed on his official social media.

The NFF has been under scrutiny both on and off the pitch in recent months.

The case, which was made up of 16 charges, was dismissed at the Abuja High Court on Tuesday following the dissolution of the Special Presidential Investigation Panel (SPIP) – which charged the officials – in September.

Despite reaching the last 16 of this year’s World Cup after they won the Women’s Africa Cup of Nations last year, Nigeria’s Super Falcons suffered an embarrassing 2020 Olympic Games exit.

The team failed in the absence of Swede Thomas Dennerby, who excused himself from the squad and has since resigned after citing some issues with the NFF.

Read Also:NFF has not sacked Manu Garba as Eaglets’ coach

While coach Gernot Rohr has had late salary payments from his employers the NFF since he took charge of the Super Eagles in August 2016.

On the unpaid salary problems the minister added: “Timely payment of salaries and allowances vital.”

How about having some off season Serena show off!