Cameroon U-23 side earned their first three points at the ongoing U-23 Nations cup on Monday, beating their Malian counterparts by a lone goal.

The encounter which attracted a lot of caution from the referee saw the young indomitable
lions shoot into the lead in the 76th minute of the match through Franck Evina.

The very hungry Lions left no one in doubt that they wanted to earn victory at all cost as they dominated possession,53% to 23% at the Cairo International Stadium.
Seven yellow cards were dished out by the referee with four going to Cameroon including that of the goal scorer in the 67th minute while the remaining three went to Mali. 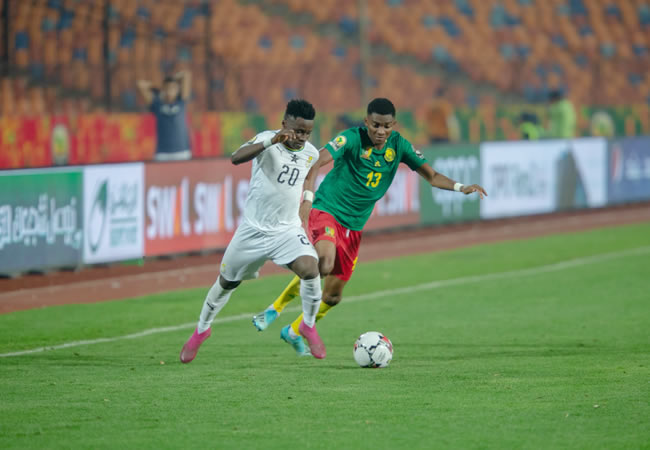 Mali lost their opening match by a lone goal against hosts Egypt and with a second lone goal defeat by Cameroon have booked their exit with a match against Ghana pending on Thursday.

Cameroon on the other hand played out a 1-1 draw against Ghana in the first match and now have four points in the kitty overtaking junior Pharoahs at the top of the table at least till the Egyptians finish their clash scheduled for later today against Ghana at the same venue.