Jurgen Klopp has indicated that he expects Jordan Henderson and Andrew Robertson to be at his disposal for Liverpool’s Champions League second leg against Atletico Madrid.

Both players missed Liverpool’s 2-1 win over Bournemouth on Saturday, but they may return to action for Wednesday’s last-16 tie with Los Rojiblancos. 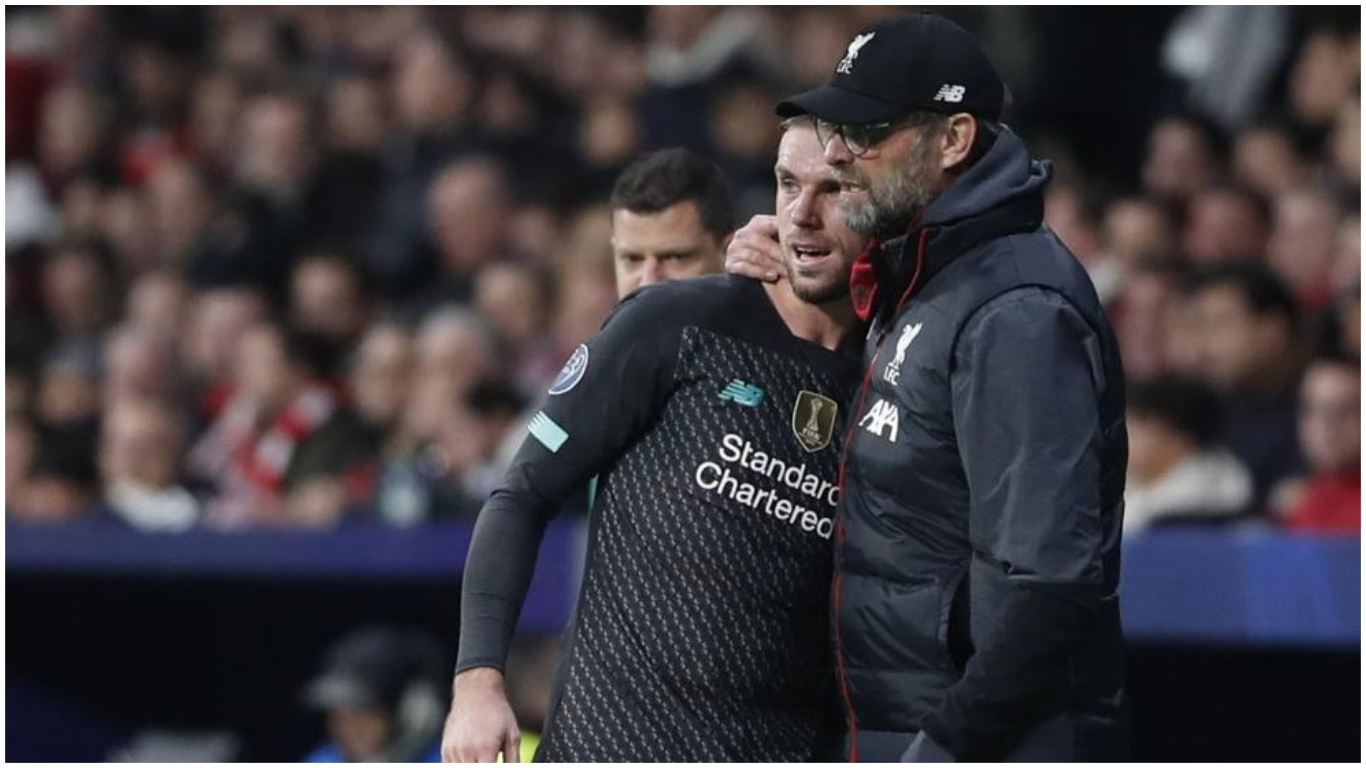 “What I hear, it should be possible [for both to return against Atletico],” Klopp told the press after the Bournemouth victory.

“Robbo should not be a problem; he only missed [Saturday] pretty much.

“He finished the session [on Friday] and afterwards felt something, but it was then nothing in the end.

“[Henderson] was out, I don’t know exactly in this moment, but I think he will train [on Sunday].

Klopp on the fitness of Robertson and Henderson… pic.twitter.com/2ghroGYicn

“If that looks good, I have to make a decision.

“For sure [it will be good to have him back] and some others as well.”

Meanwhile, Alisson Becker is not expected to make the squad for the midweek encounter due to a hip injury.

Man Utd to go all out for Sancho, despite interest in Chelsea rebel