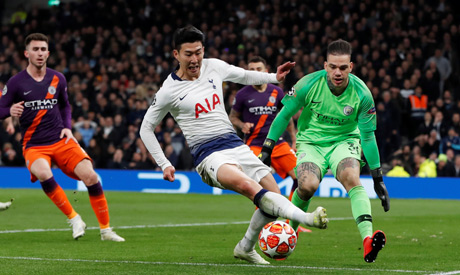 The South Koreasn fired past Ederson in the 78th minute.

The Argentine’s spot kick was superbly saved by Hugo Lloris after VAR adjudged defender Danny Rose to have handled the ball.

Tottenham showed great discipline to preserve their lead and will now go to The Etihad next Wednesday with their hopes of a first Champions League semi-final appearance intact.