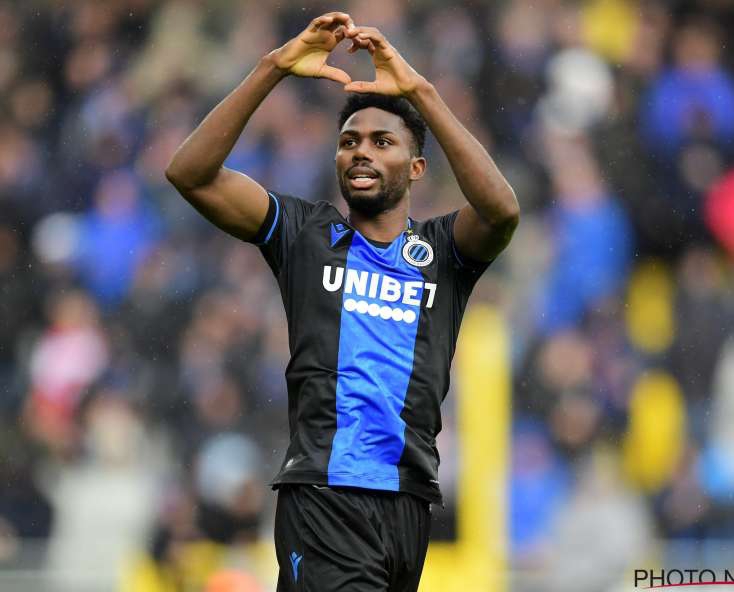 The 22-year-old was a second-half substitute, coming in for compatriot David Okereke, in Club Brugge’s 2-0 win over KV Oostende in the Belgian Pro League last Friday.

Leicester City are being linked with a move for Dennis as a long term replacement for veteran forward and club legend Jamie Vardy.

Club Brugge make the trip to Turkey to take on Galatasaray knowing that they require three points to maintain their slim hopes of qualifying for the Champions League knockout stages.

Given the current Group A standings, Brugge need to beat Galatasaray to stand any chance of catching second-placed Real Madrid.

A defeat would mean Europa League football at best for the rest of the season, so this is effectively a mini-final for the Belgians in Istanbul.

The two sides have met three times in the Champions League.

Back in the 2002/03 group stages, Brugge drew 0-0 in Turkey and won 2-1 in Belgium. Their last meeting was in this year’s group stage, with a goalless draw in Bruges.

On the domestic front, Brugge sit six points clear at the top of the standings while Galatasaray’s 1-0 loss at home to Istanbul Basaksehir has left Fatih Terim’s side down in seventh place in Turkey’s top flight.

Nikyu: I have not resigned as Nasarawa United coach