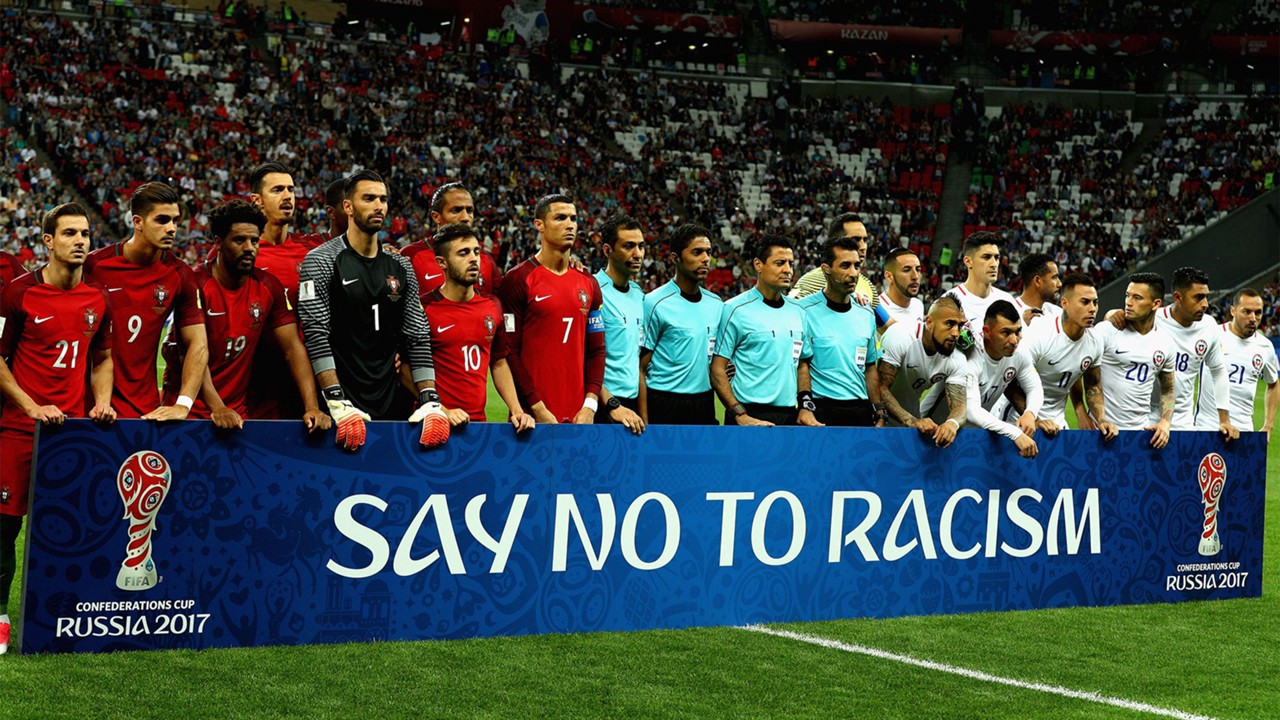 UEFA President Aleksander Ceferin says he will ask referees to be “brave” and stop matches where there is racial abuse from fans.

Chelsea and England winger Callum Hudson-Odoi, 18, was subjected to abuse in games against Dynamo Kiev and Montenegro last month.

“The moment a match is stopped, or it’s not played, I think that 90% of normal people in the stadium would kick the asses of those idiots,” said Ceferin.

Manchester City and England forward Raheem Sterling suffered alleged racist abuse from Chelsea fans in a Premier League game at Stamford Bridge in December, while a study published in November found that half of football supporters in the UK have witnessed racism while watching matches.

Sterling has called on football’s authorities to take “a proper stance” and crack down on racist abuse.

Chelsea boss Maurizio Sarri, Liverpool’s Jurgen Klopp and Tottenham’s Mauricio Pochettino are among the managers to say they would be prepared to take their players off the pitch to combat racist chanting.

“We will speak to the referees again, and tell them to be confident, not to be afraid to act,” said Ceferin, the head of European football’s governing body.

“This is a huge problem. Not just the Balkans, all eastern Europe. There’s not much immigration there because everybody wanted to go to western Europe because of economic reasons, jobs, a better life.

“So it takes some time. But of course you see Italy, one of the biggest problems with racism, sexism and homophobia. You have England, where you have problems.

Ceferin does not believe Uefa’s punishments need to be tougher.

“I don’t see any tougher sanction than forbidding the fans, matches played in front of empty stadiums, which has happened in Croatia a few times, and the money sanctions,” he said.

“If it’s chronic, we could throw out a club team or a national team from a competition. Everything is possible. But that is a last resort.”

Football Association chairman Greg Clarke says it must take a default position of believing those reporting racism or discrimination.

“One of the first rules is to listen to the person who has been affected and believe them,” said Clarke at the Uefa Equal Game conference at Wembley where Ceferin was also speaking.

“I worry that there is an undue burden on the player to report incidents themselves. I would like to see a review of on-field incidents too.

“I understand completely that when two people are involved in an exchange it is often the word of one person against another. But actually that’s not the case any more. The grounds that competitions are played in are full of cameras, recording every angle.

“We should go that extra mile. We owe it to our players.”

Clarke believes it is time to examine Uefa’s three-step process for halting matches.

“The protocol asks the referee to stop the match if ‘racist behaviour is of a strong magnitude and intensity’. I don’t now think that is good enough and we should take this opportunity to revisit these thresholds,” said Clarke.

“There should be no judgement call on whether something is of a strong magnitude. Racism is racism.”