Chelsea have been sanctioned for their fans’ improper behavior during the Europa League meeting with Malmo. 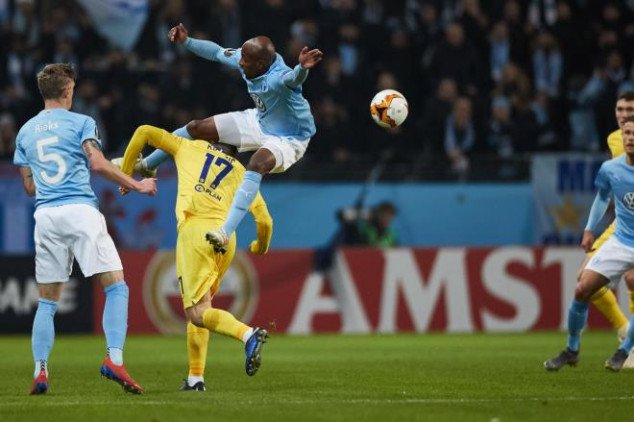 Premier League outfit Chelsea has been charged by European football governing body UEFA for the misconduct of its fans during the Europa League clash with Malmo in February. UEFA announced on Tuesday that the Blues have been handed a 13,000 euro (£11,100) fine after being found guilty.

In the Round of 32 first leg encounter where goals by Ross Barkley and Olivier Giroud handed Chelsea a 2-1 away win, the club’s fans were seen throwing objects onto the field of play. There was also an incident of field invasions by the traveling supporters.

Relatively, their hosts Malmo were also hit with a £49,000 fine after their supporters were found guilty of throwing objects and setting off fireworks.

During the early stage of the first half in the match, the home fans resorted to the launching of plastic beer cups at spectators in the away end. It took the intervention of the police and stadium stewards to calm the tension between both factions throughout the rest of the proceeding.

Meanwhile, Chelsea is yet to make headway in their appeal against a two-window transfer ban handed to the club by FIFA. This occurred after the world football govering body found the Blues guilty of breaching regulations relating to the international transfer and registration of players under the age of 18 in 29 seperate cases.

The club is set to be heard by FIFA on April 11 and remains positive as they have been told that the ruling on the transfer window would not be delayed until after their proposal had been heard.

Solskjaer: I would have say on technical director