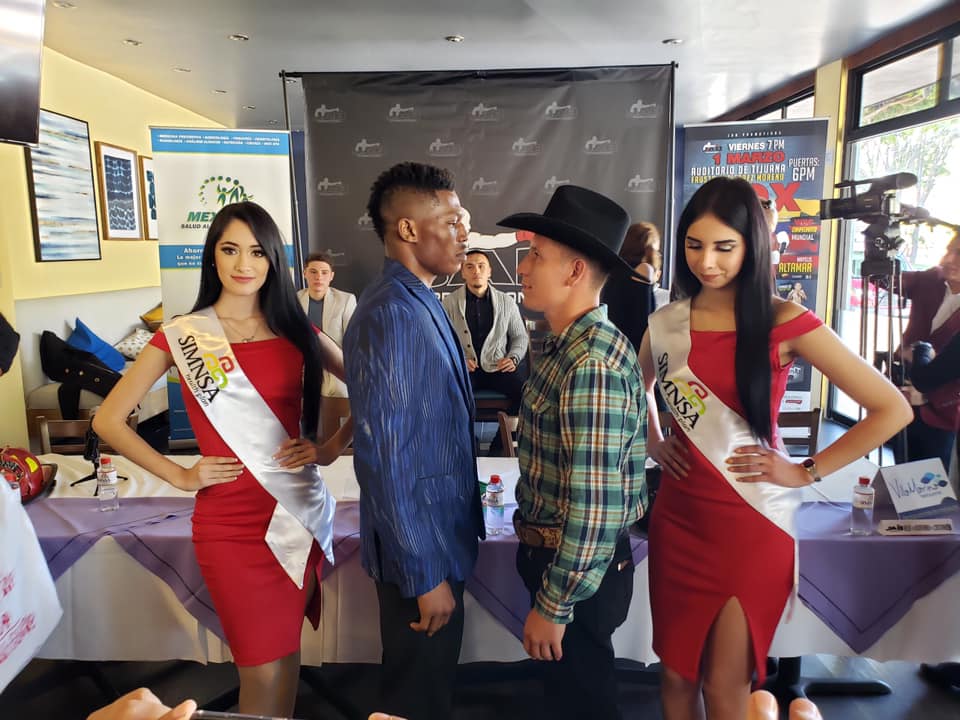 All Africa Games 2015 boxing gold medalist, Oluwafemi ‘The Eagle’ Oyeleye will climb into the ring for his tenth professional fight tonight in Mexico.
The 24-year-old super welterweight will fight Juan Guzman at the Auditorio Municipal Fausto Gutiérrez Moreno, Tijuana.
The bout is promoted by Frank Carillo’s Jab Promotions and is an under-card for the World Boxing Council Youth Silver Lightweight Title fight between Junior Cuadrado and Alex Castaneda.
In an interview before the fight Oyeleye said: “Boxing is my life, it is my first love. I never had a job, I just box.
“I am undefeated and I believe I will remain undefeated after my fight on Friday.”
Oyeleye is undefeated in 10 fights with six fights ending via knockouts while 26-year-old Guzman is also undefeated in 12 fights, winning 11 and drawn once since becoming a professional boxer in 2014.
Oyeleye, a southpaw, trains with trainer Young Dick Tiger in Tiger boxing gym in Los Angeles and beat Ghanaian Victus Kemavor at the Tafawa Balewa Square, Lagos in December.
It was his first fight in Nigeria since moving to the US to sign as a professional boxer by American multi-millionaire boxing superstar Floyd Mayweather in 2016.