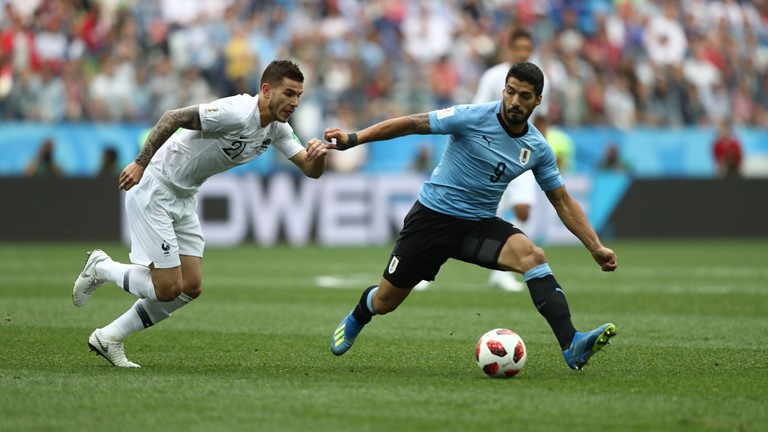 France have lost only one of their last 12 World Cup knockout games after 90/120 minutes: a 1-0 defeat to eventual winners Germany in 2014

Antoine Griezmann could become the first Frenchman to score three (non-shootout) penalties in a single World Cup finals for France if he nets from the spot today. He shares the record of two with Zinedine Zidane and Raymond Kopa

Of the previous six times Uruguay have been World Cup quarter-finalists, they have only failed to reach the semi-finals once (in 1966, they lost 4-0 in the last eight to West GermanyWith a shutout today, Uruguay would have kept four clean sheets at a single World Cup for the first time. They’ve kept three in three editions (1970, 2010 and 2018) so far

Uruguay have picked up just one card in the tournament so far (a yellow for Rodrigo Bentancur), a joint-Russia 2018 low

Uruguay were one step away from their first World Cup Final for six decades, but were defeated 3-2 by the Dutch in one of South Africa’s most memorable matches.