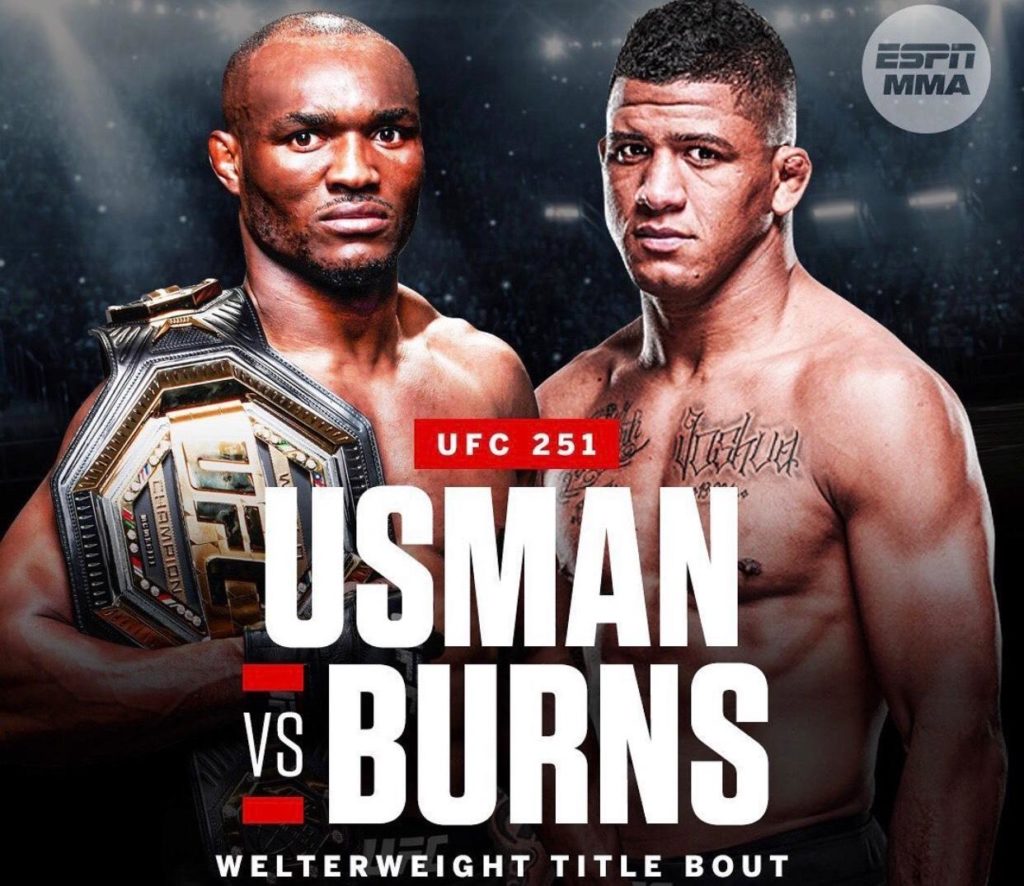 The Nigerian Nightmare (16-1) won the welterweight title by beating Tyron Woodley and successfully defended it with a fifth-round knockout of Colby Covington in a brutal war in December.

Sportinglife.ng reports that Burns got the call after negotiations for the Nigerian to battle Jorge Masvidal fell apart.

Burns is riding a six-fight winning streak, including back-to-back Performance of the Night showings in wins over Demian Maia and Woodley.

Apart from just being training partners, Burns is also a good friend of “The Nigerian Nightmare” and had earlier stated that that there will be a sense of awkwardness if he fights Usman.

A fight with Usman will bring with itself complications regarding their training regimes. However, “Durinho” knows he and the champ are both professionals. Therefore, if the fortunate situation arises that they have to fight each other, they will deal with it maturely.

“I’m professional. He’s professional,” Burns told MMA Junkie last month. “The numbers, being a No. 1 contender, being a champion – we’re talking about opportunities. I have a family. He has a family. … It’s going to be awkward because I don’t know where we’re going to train. I don’t know if one guy will have to move out to do a camp.”

In the co-main event, Alexander Volkanovski will defend his featherweight title against Max Holloway. Holloway was on one of the most impressive runs in featherweight history when Volkanovski beat him at UFC 245 in December to win the title. Now, Holloway has the opportunity to win back the belt and continue to make his case among the division’s all-time greats.

In the other title fight on the card, Jose Aldo will battle Petr Yan for the vacant bantamweight title. Aldo, the greatest featherweight in history, moved to bantamweight at UFC 245 and lost a mildly controversial split decision to Marlon Moraes. After the fight, UFC president Dana White said Aldo would fight Henry Cejudo for the championship, but the fight was ultimately derailed by the coronavirus pandemic. Cejudo has since retired and vacated the belt, leading Aldo to face top contender Yan. The Russian is on a nine-fight winning streak, including six in the UFC Octagon.