Former Katsina United  striker, Martins Usule, is determined to crown his effort this season in the Nigeria Professional Football League with outstanding goal-scoring record for Enyimba International of Aba. 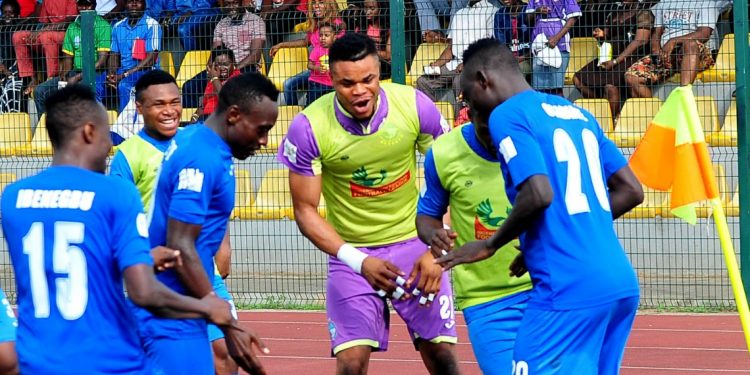 The former Niger Tornadoes talisman recently opened his goals account for Enyimba in the CAF Confederation Cup against TS Galaxy of South Africa.

“I am so excited to have scored my first two official goals for Enyimba in the CAF Confederation Cup. The fans should keep calm and keep praying for us and we won’t disappoint them,” he declared.

“I don’t really have any number of goals in my mind as target for the season, but my major target is to be crowned top scorer of the league by the end of the season.

“I want to score as many goals as possible for Enyimba.”

The energetic striker dedicated his goals.

“I dedicate both goals to almighty God who made it possible,” he said.

Usule, who joined Enyimba from Katsina United in the close season, will make an emotional return to Katsina this weekend when his new club clash with ‘The Changi Boys’ in continuation of the Nigeria Professional Football League (NPFL)

Guardiola not yet the greatest declares Juve forward Eni Aluko