A post shared by Kepa Arrizabalaga Revuelta (@kepaarrizabalaga) on Mar 8, 2020 at 9:53am PDT

It is said by the report that any deal is likely to include a purchase option for the Spanish club, although it is not clear if this would be compulsory or not.

It follows a similar report in El Mundo Deportivo last month, which said Los Che have identified the Spain international as a replacement for Jasper Cillessen – who has been linked with a summer exit.

In what could be a chain of transfers, Chelsea may move for Ajax shot-stopper Andre Onana and allow their club record signing to depart on a loan deal, while Cillessen may join Ajax.

Kepa, 25, replaced Thibaut Courtois as the club’s number one – with the Belgian international instead moving to Real Madrid – following his €80m move from Athletic Club Bilbao in 2018 and has established himself as the team’s number one shot-stopper.

However, Willy Caballero, 38, replaced Kepa between the sticks for Frank Lampard’s side during a run of matches in February including crucial games against Leicester, Manchester United, Tottenham and Bayern Munich.

The Spaniard has been reinstated in Chelsea’s side but long-term doubts remain on his form and future at the club. 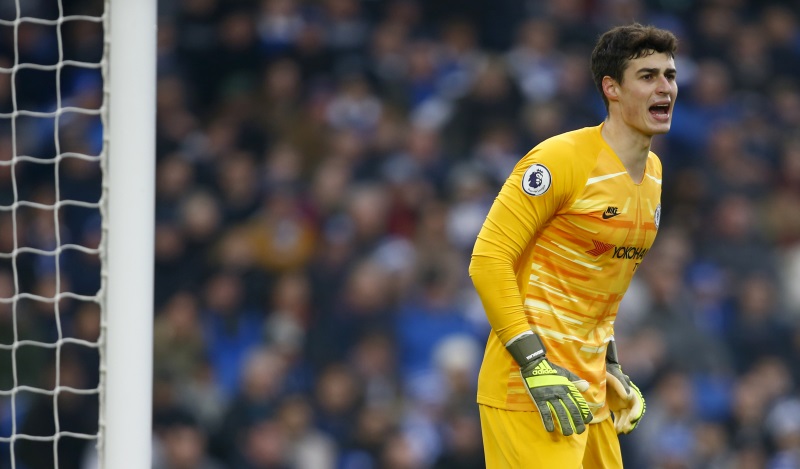 Kepa has often been selected as the Spanish national team goalkeeper ahead of David De Gea but his fallout at Stamford Bridge may harm his chances.

The goalkeeper is said to be prioritising minutes next season ahead of the 2021 European Championships and now wants to leave London.

Riqui Puig set to start for Barcelona amid injury crisis