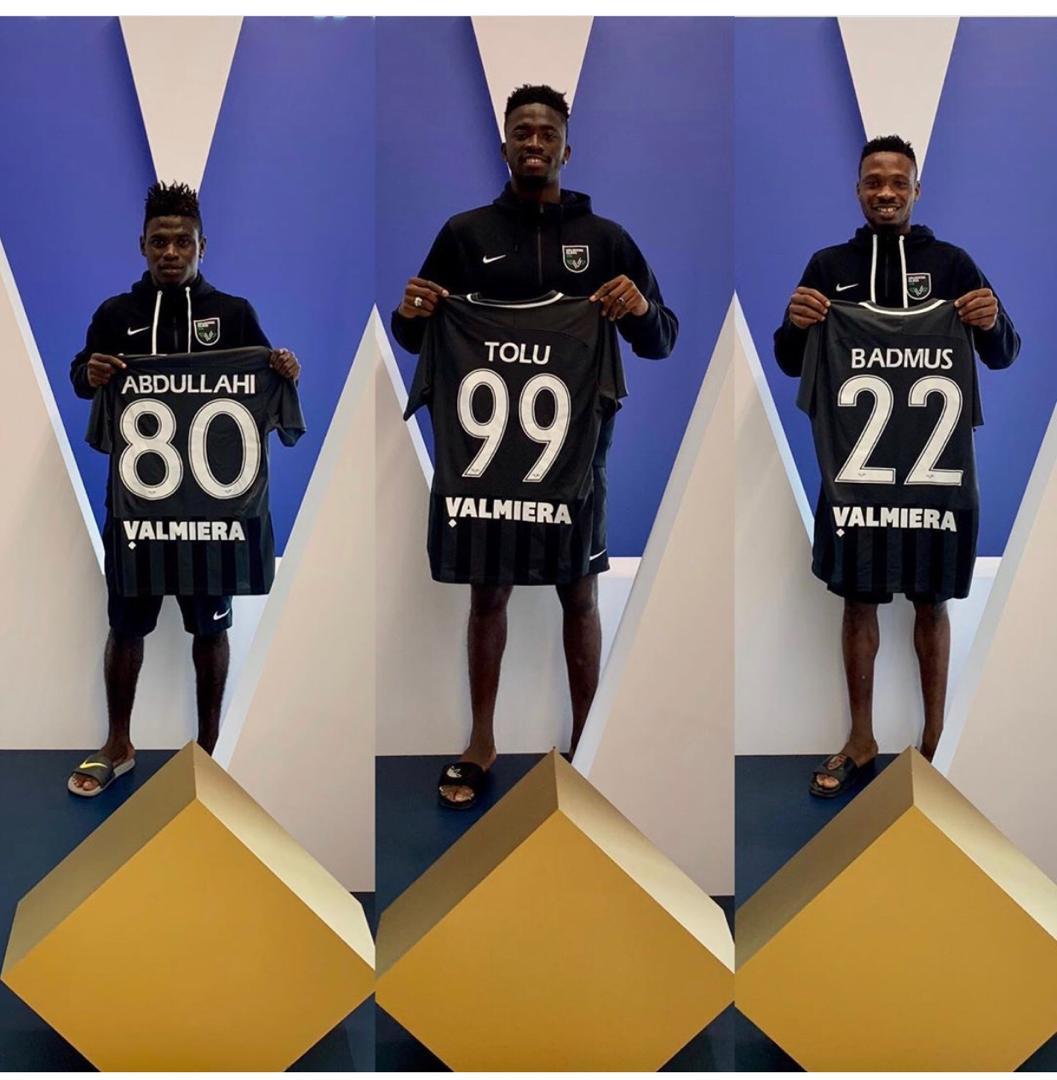 The Latvian premier league side, who were impressed by the scouting report of the players completed negotiation with Nigerian side Box2box this summer and sealed a five-year deal on Saturday.

Tolu, 18, was a former member of the Golden Eaglets squad under Garba Manu, Laide Badmus, 20, was dropped by Flying Eagles Coach Paul Aigbogun just before the 2019 U-20 FIFA World Cup and Abiodun Saliyu, 19,
was invited during qualifiers.

Interestingly, Valmiera FC picked Tolu Arokodare and Laide Badmus to feature the next day after their unveiling for a home fixture against Daugavpils at the Vidzemes Olimpiskais centrs. Tolu made his debut in a solid 72 minutes appearance while Laide sat on the bench for 90minutes as the club drew 1-1.

Valmiera are currently placed fourth in the Latvian premier league with 25 points after 18 matches this season and will return to action on Thursday against league leaders Riga.