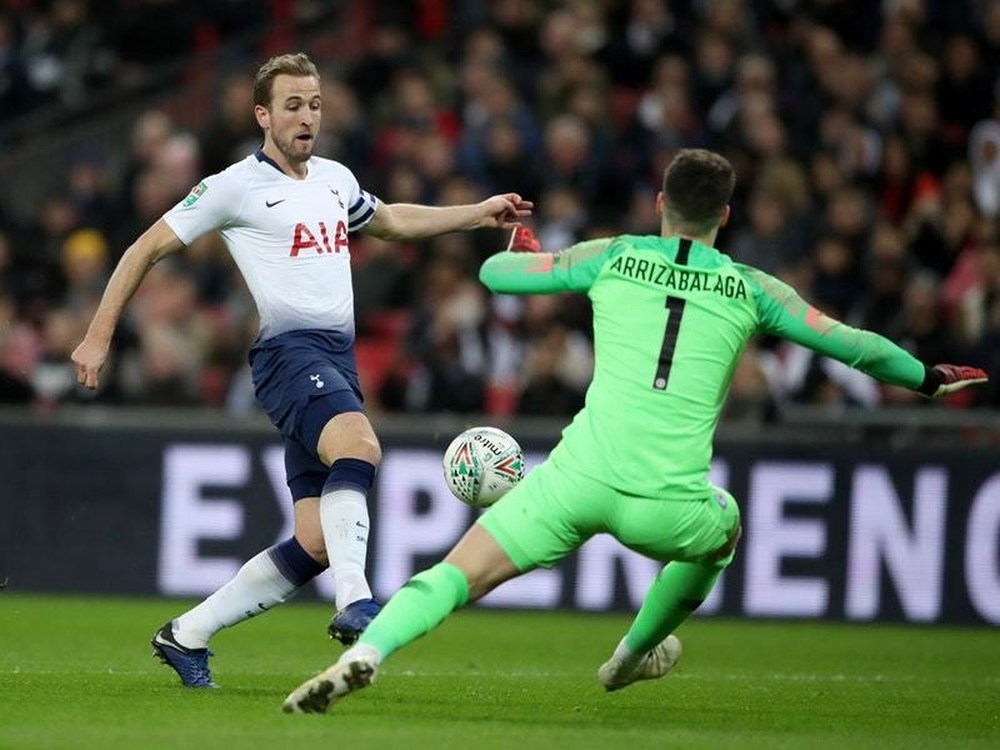 Chelsea boss Maurizio Sarri on Tuesday joined the ongoing debate about the eligibility of the newly-introduced Video Assistant Referee (VAR), saying that it was a very strange system.

Sarri made the remark in his post match comments after his side lost the first leg of their Carabao Cup semi-final match by a lone goal to Tottenham Hotspur.

Spurs gained a slender advantage in their League Cup semi-final against their London rivals as Harry Kane’s penalty earned them a 1-0 win in the first leg at Wembley on Tuesday.

The only goal of the evening, however, arrived in unusual circumstances with referee Michael Oliver eventually awarding a penalty with the help of VAR.

This was after Spurs skipper Kane was adjudged to have been marginally onside before being taken out by Chelsea keeper Kepa Arrizabalaga.

Sarri argued that rather the penalty awarded to Tottenham couldn’t  have been allowed to stand as Kane was in an offside position.

“A few minutes ago, I watched the video from our camera. It was offside. Our camera was in line with Harry Kane.

“Offside with the head, the knee. Offside. It was really important the linesman carried on running, he had a big impact on our defenders. I don’t think English referees are able to use the system.

“If you are not sure with the system, you have to follow the ball and at the end of the action decide. But he stopped it and didn’t follow the ball – for our defenders, it was offside.

“I don’t know about the goalkeeper but sure the defenders. I think they have to study the system.

Read Also:VAR will be introduced to Premier League from 2018-19

He, however, noted that he was not disappointed with the result but happy with the performance of his team.

“We played very well in the first half because we conceded little to the opponent. In this match we played very well for 90 minutes with good continuity. With this kind of performance in the second leg, we can win.

“We played into the opposition box 70 balls – Tottenham had 10 balls into our box.

“We had 17 or 18 shots, nine on target. I think we played very well. In this moment it is not easy to score but I am happy with my players,’’ he said.

The second leg will take place at Stamford Bridge on Jan 24.