Lionel Messi berated PSG team-mate Sergio Ramos and exchanging words with him in training after a challenge from the latter.

The duo were in Japan as part of Christophe Galtier’s squad gearing up for the new 2022-23 campaign.

The pair were on opposite sides of one of the biggest rivalries in world sport when they played for Barcelona and Real Madrid.

Messi angry and arguing with Ramos after he tackled Messi hard in training 😬 pic.twitter.com/dMRXDqzHEU

But despite now being on the same team, they could not help but demonstrate that old habits die hard.

In a video circulating on social media, Ramos steps up and tries to win the ball off Messi before he can run at him.

However, the 35-year-old Argentine appears to anticipate this and skips past the Spain defender, but he is caught by the centre-back’s trailing leg.

Former Barcelona star Messi manages to stay on his feet however and then arrows a right-foot shot into the bottom corner. 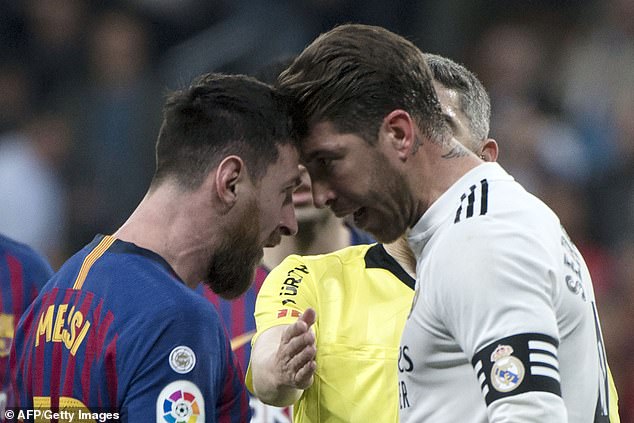 But the Argentine didn’t forget the rash tackle and after giving Ramos a stern look went to exchange a few words with him.

But despite the spat between the pair here, it has been a successful pre-season for the Ligue 1 champions to date, remaining unbeaten so far this summer.

They beat Gamba Osaka 6-2 in a friendly on Monday, with Messi scoring the fourth for PSG.

The French champions also beat Osaka’s fellow Japanese sides Urawa Reds and Kawasaki, having begun pre-season with a 2-0 win against Ligue 2 side Quevilly-Rouen. 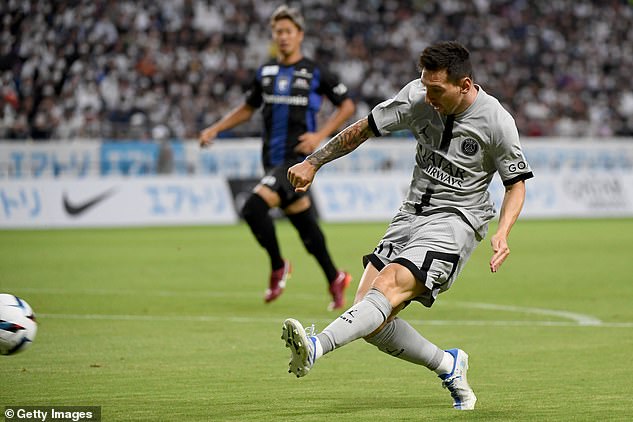 Read Also: Pogba out of Barcelona friendly due to knee injury

It represents the start of Messi and Ramos’ second year in France, with the pair struggling with injuries and form in 2021-22.

Ramos made just 13 appearances across all competitions due to a calf injury while Messi scored just six league goals in 26 matches.

The pair’s contracts at the Parc des Princes are up next year, with Messi being linked with a return to Barcelona and a move to David Beckham’s Inter Miami.

EPL: Cristiano Ronaldo ‘travelling back to Manchester for showdown talks’