Lionel Messi caught Celta Vigo players by complete surprise after delivering a sensational assist to Luis Suarez from a free-kick. 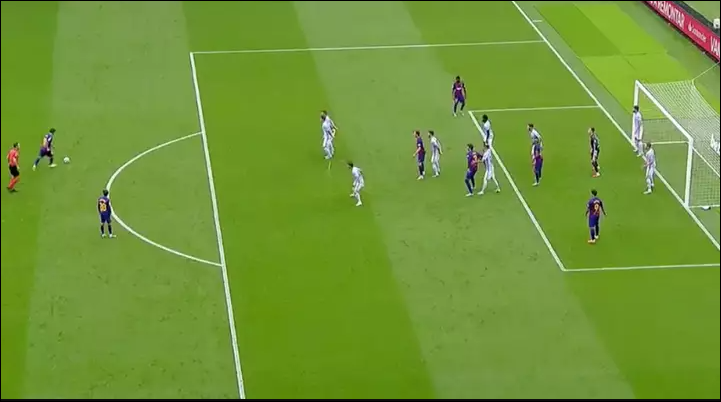 Barcelona travelled to the Municipal de Balaidos on Saturday for their La Liga clash and the Spanish side took the lead early in the first half.

And Messi stepped over the ball from about 22 yards out as Celta Vigo stationed two of their players on the line to deny the Barcelona captain.

👌…but he did provide two assists, including this one, for Luis Suarez in a 2-2 draw at Celta Vigo.pic.twitter.com/UYIfJP6BUn

However, the 33-year-old Argentine superstar fooled the opposition players by curling in a cross to Suarez, who slammed his headed effort past Ruben Blanco.

Another Messi assist to Suarez…Real GOAT🐐❤

That was some cheeky assist by Messi and thankgod suarez finished that.

What a free-kick assist by Messi to Suarez that was. Genius💪🔵🔴#CeltaBarça pic.twitter.com/ZWXiMPtJ3Q

Just watched Messi's assist to Suarez on that freekick that was trying to stop him from getting a goal, he still found a way!! 😂 WHAT A CHEATCODE MAN FOOTBALL IS TOO EASY FOR HIM #CeltaBarca pic.twitter.com/Isa9dDkyhn

That Messi's assist to Suarez is why many considers him the best to have played the game. Man can improvise .

Fans wasted no time in flocking to Twitter and praising the six-time Ballon d’Or winner for pulling off a magnificent assist for Barcelona’s opener.

Barcelona, who are locked in a heated title race with fierce rivals Real Madrid, lead 1-0 going into half-time.