Bayern Munich goalkeeper Manuel Neuer is never one to shy away from a big tackle.

The German shot-stopper has a reputation for rushing off his line when the opposition are in on goal and, on Sunday night, the 33-year-old gave us a glimpse of his brilliant best against FC Koln 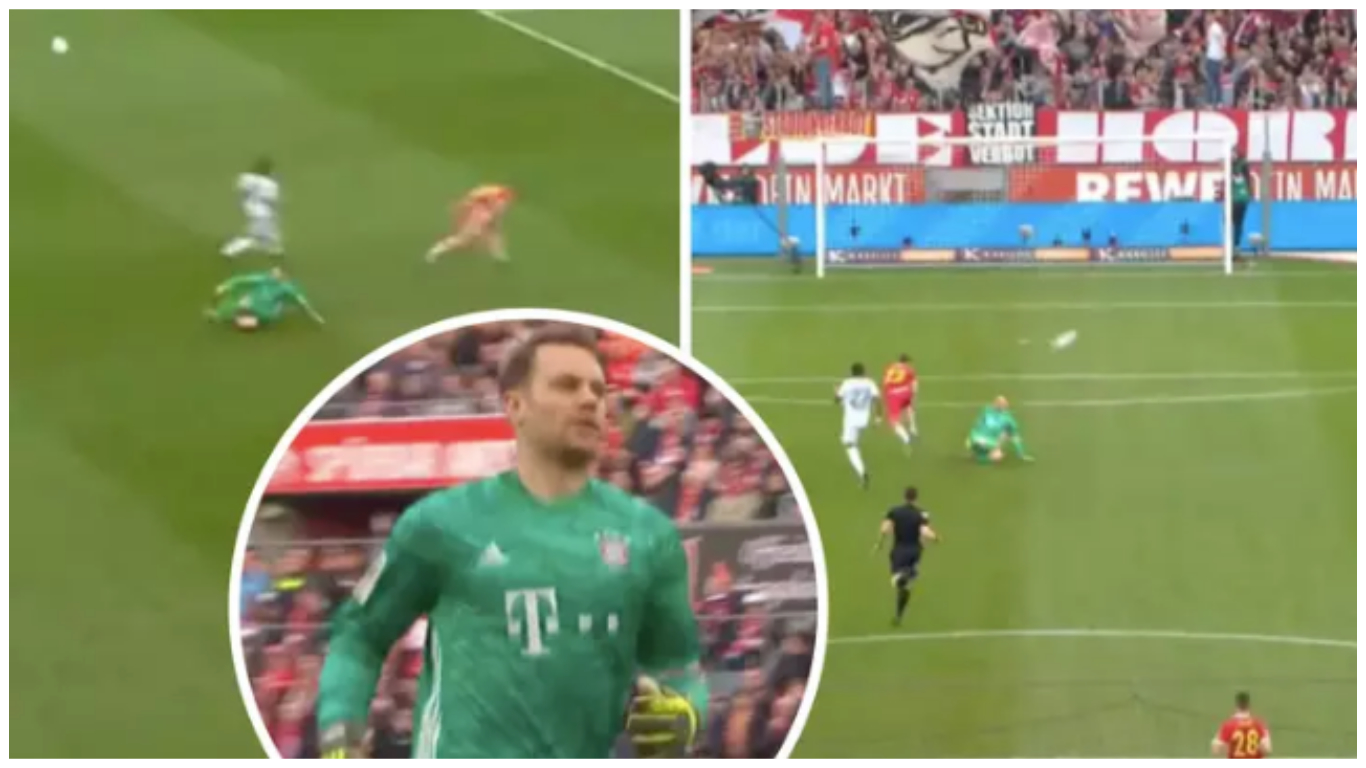 In the 61st minute of the Bundesliga clash, Neuer sprinted 30 yards off his line after spotting a dangerous counter attack in the making.

He eventually made a brilliant slide tackle to stop striker Mark Uth in his tracks as Bayern continued to dominate at 3-0.

After Neuer’s heroics in the second half, Hans-Dieter Flick’s side made it 4-0 thanks to a great finish from Serge Gnabry.

The game eventually finished 4-1 to the Bundesliga leaders but after the full-time whistle, Neuer admitted the defending champions could, and should, have scored even more.

“We could have scored up to ten goals,” he said after the full-time whistle. “In any case, there was more to it than 4-1.”

Interestingly,  Neuer gave the term sweeper-keeper a completely new meaning when he burst onto the Bundesliga scene.

The 33-year-old can often be seen rushing off his goal-line in an attempt to aid his teammates, completely disregarding his goal-line to become the eleventh outfield player.

Some go as far as saying Neuer ‘revolutionised’ goalkeeping but in recent years, the veteran shot-stopper has somewhat relaxed his wild antics.

But you know what they say, a tiger never changes his stripes.

During last year’s DFL Supercup final between Bayern Munich and Borussia Dortmund, the veteran shot-stopper turned back time with a classic run.

Read Also: Leipzig warm up for Tottenham by regaining top spot in Bundesliga

The German number one rushed off his line to try and close down Paco Alcacer, who wasn’t even in a dangerous position when he looked up and saw an onrushing Neuer.

Thankfully for Neuer and his teammates, the Dortmund striker dragged his strike wide and the scoreline remained at 0-0.

“What on earth is he doing?” cried a puzzled commentator. “Only he knows.” said the other. “They used to say, don’t get involved in things you don’t ne

Ighalo can earn extra year at Man Utd if he impresses, says Solskjaer