Nigeria’s Lightweight champion, Rilwan ‘Real One’ Oladosu believes he will beat Ghanaian Benjamin Lamptey when they meet in the ring for the vacant West African Boxing Union (WABU) lightweight title this weekend.

The title fight will be the star attraction of the nine fights of the 16th edition of GOtv Boxing Night scheduled to take place at the Sir Molade Okoya-Thomas Hall, Teslim Balogun Stadium on Sunday. 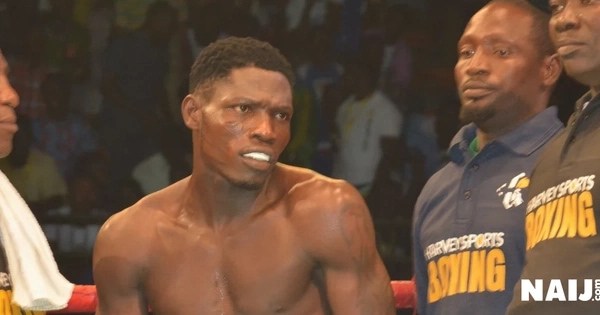 “I have been have been training hard for this opportunity since I started boxing and nobody will stop me.
“I will put up a great display and beat Benjamin Lamptey on Sunday.”

Rilwan Oladosu, who is undefeated in six fights since joining the professional ranks in 2016 also thanked the Chairman of Lagos Boxing Hall of Fame (LBHF), Mr Olawale Edun for his support and promised to win the belt for the organisation which he said has been a major factor for his success as a boxer.

The 21-year-old was discovered as one of the prospects of the Monthly Saturday Boxing Show organised by LBHF and is supported by the organisation for his title fight, camping at its gym/hostel in Surulere, Lagos.

Ighalo scores four in training, Iwobi, Aina grab one each